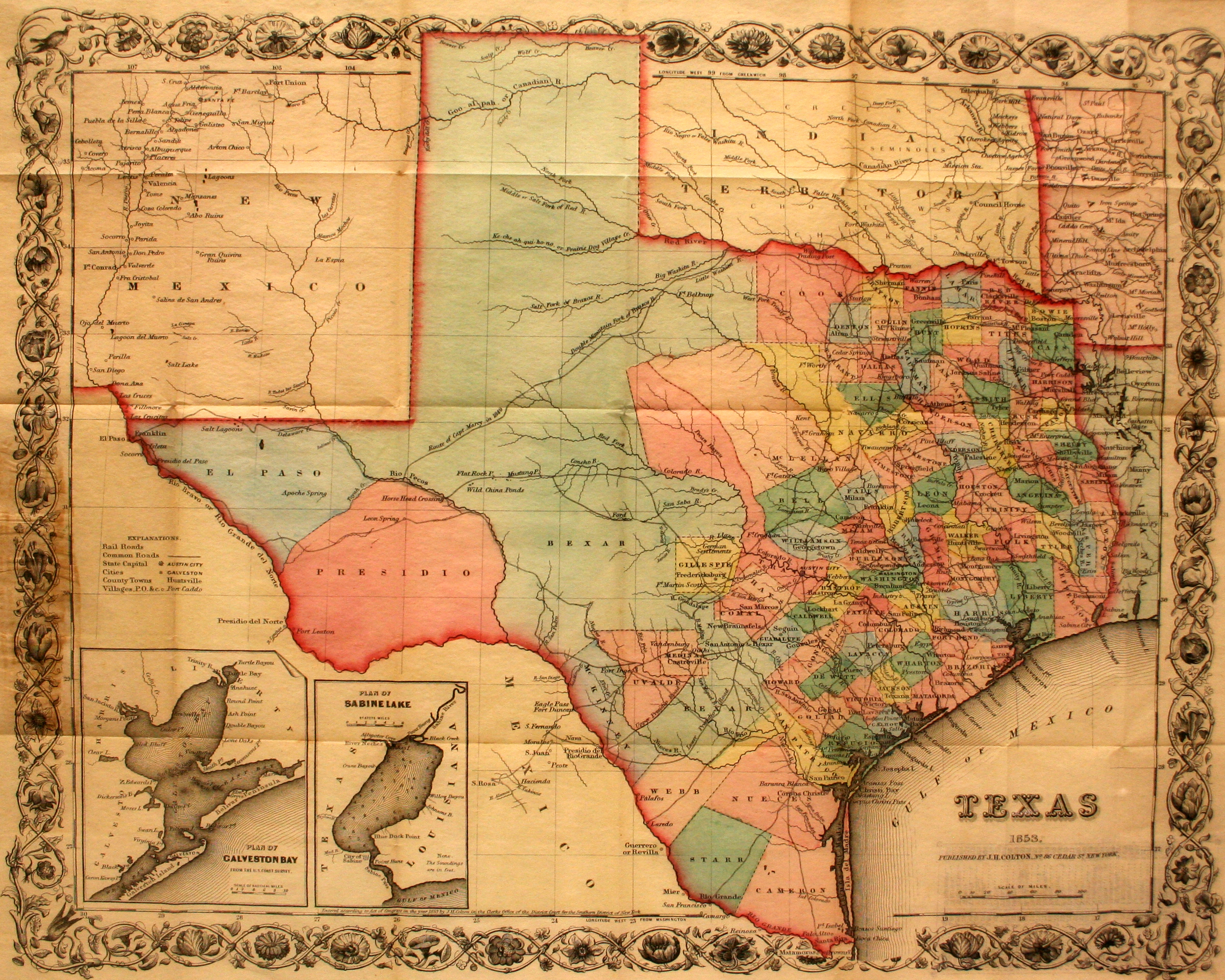 This is the first pocket map of Texas following the Compromise of 1850. Designed to be folded up into its own cardboard “pocket,” these maps were very popular with travelers. After Texas gave up what had been designated as Santa Fe County to the newly-created Territory of New Mexico, the Texas Legislature also carved up Bexar county and created two new counties in West Texas: Presidio County, with Fort Leaton as the county seat,  and El Paso County, with Isleta as the county seat. At that time, Isleta was located on a 20-mile-long island in the middle of the Rio Grande, while the town of El Paso was actually located on the Mexican side of the river. That resulted in some confusion until Mexico changed the name of El Paso to Ciudad Juarez in 1888. By then, the store and ranch which had been built and operated by merchant Benjamin Franklin Coons, on the American side of the river and  designated as the settlement of Franklin on the map, changed its name to El Paso. Finally, the settlement of El Paso was located in El Paso County! Today, the settlement of Isleta is part of the metropolitan region of El Paso.