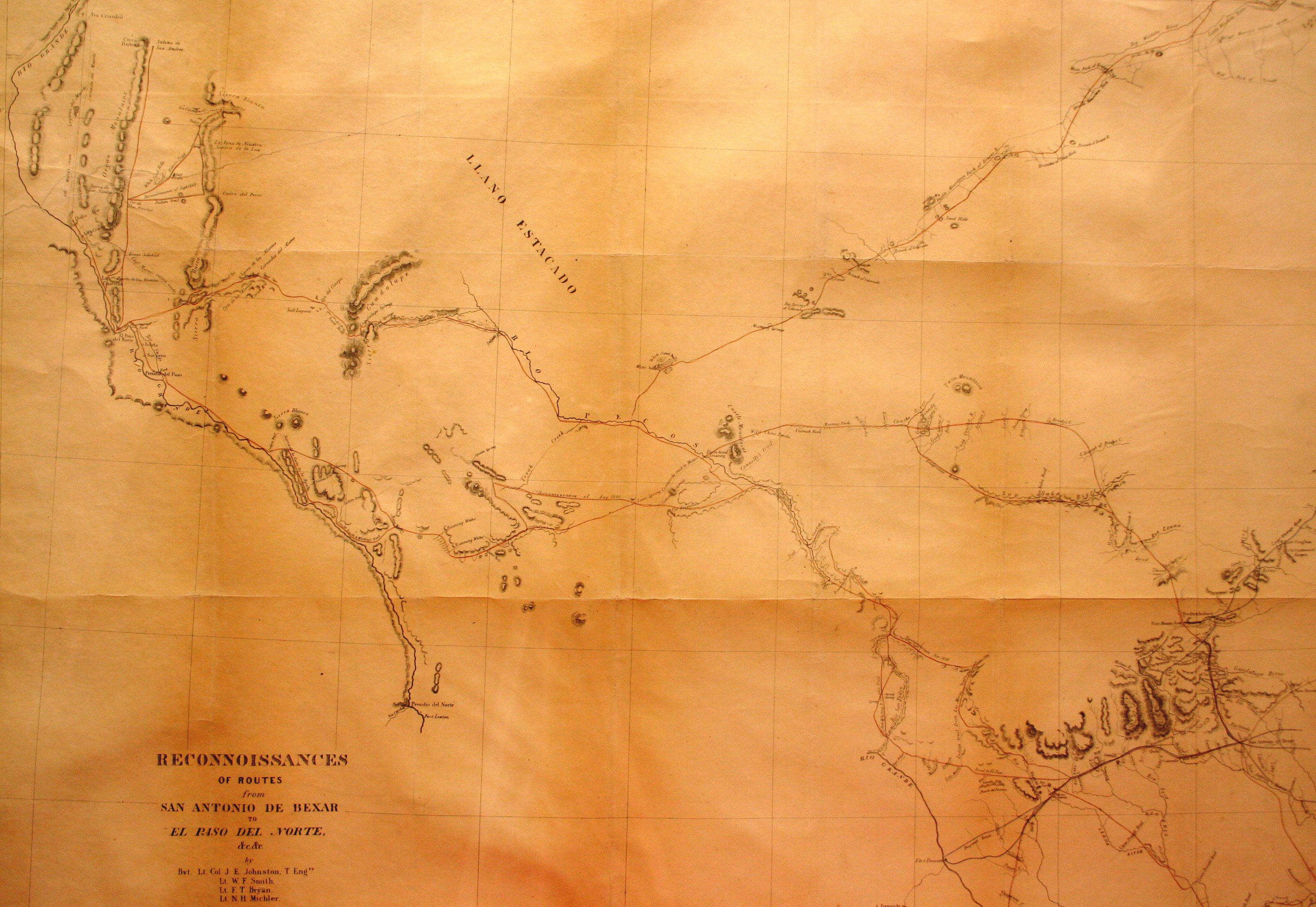 While the Treaty of Guadalupe-Hidalgo was being negotiated in February of 1948, formally bringing an end to the U.S.-Mexico War, gold was discovered along the banks of the American River at Sutter’s Mill, California. This discovery set into motion one of the greatest migrations in human history – the California Gold Rush. The following year, Brevet Lt. Joseph Eggleston Johnston and other members of the US Army Corps of Topographical Engineers explored and mapped the various routes that the “Argonauts,” also known generically as the “49ers,” could take from San Antonio to El Paso, which was the Texas portion of the southernmost of the Overland Trails, and the only one that was open year-round.

Joseph E. Johnston graduated from West Point in 1829. At the beginning of the Civil War, like his fellow Virginian Robert E. Lee, Johnston left the US Army and joined the Confederate States of America. Unlike Lee, however, Johnston did not get to experience many victories in the field and was never a favorite of CSA President Jefferson Davis.