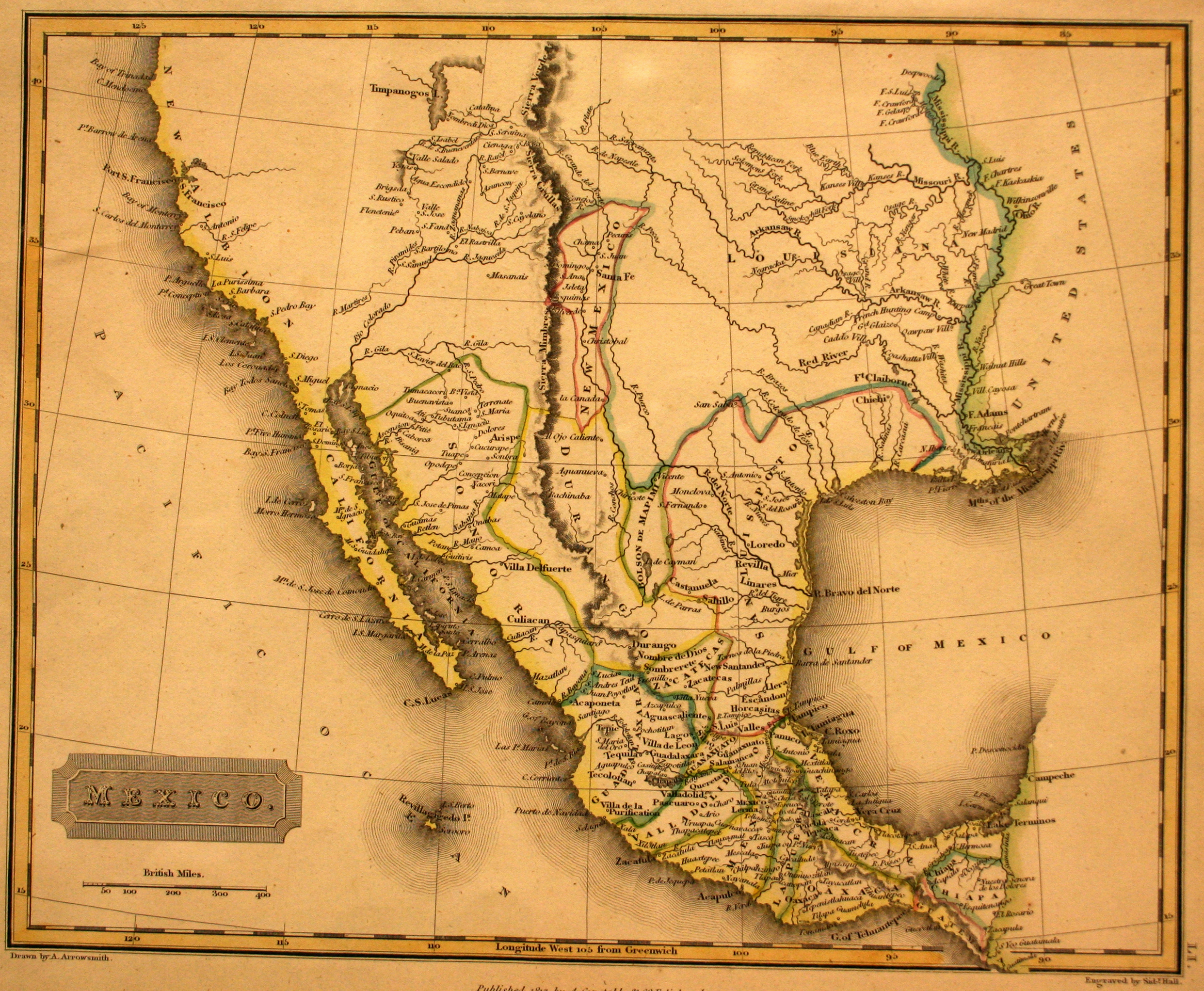 In 1785, the Spanish crown divided New Spain (Mexico) into administrative districts known as “Intendencias.” Texas, which had been part of the Internal Provinces, became part of the Intendencia de San Louis Potosi, where it would remain until Mexican independence was achieve in 1821.  This map also is one of the first to show the Big Bend, based upon the 1747 military explorations of lancers Pedro de Rabago y Teran, Fermin Viduarre, and Joseph de Ydoiga.

Aaron Arrowsmith was an English cartographer who became the Royal Cartographer to His Majesty in 1820. One of the most prolific mapmakers of the day, he produced maps of England, Scotland, North America, Africa, India, and Australia.