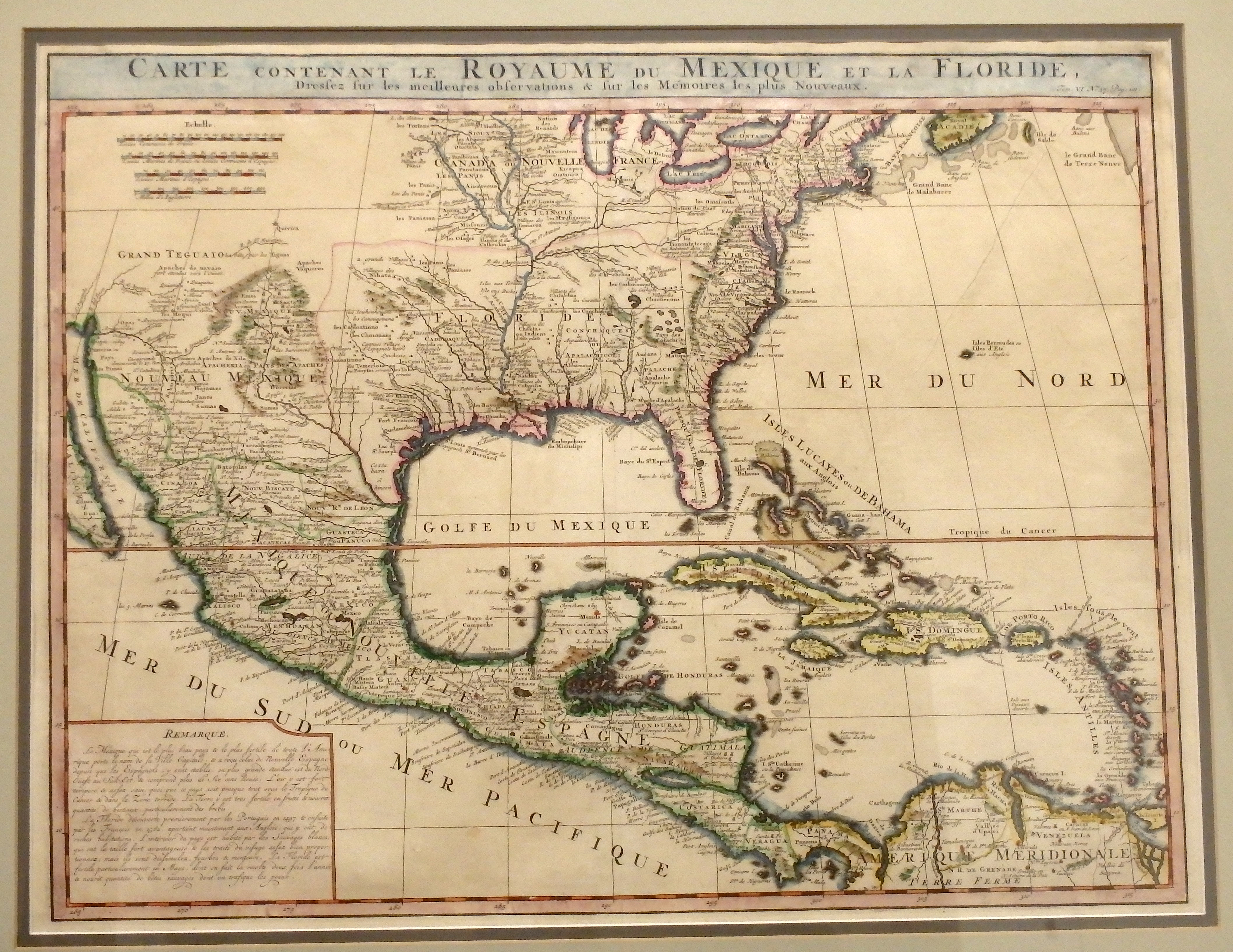 This 1719 map by Dutch cartographer Henri Chatelain, covering the southern portion of North America, was basically an updated map of one produced by the French Royal cartographer De L’Isle a decade earlier. Based upon French explorations, this map provides much more detail than the earlier map, especially of  the region drained by the Mississippi River. The Mississippi is clearly shown as flowing almost directly south, with the Missouri River coming into it from the Northwest. It also shows many more features in Nouveau Mexique (New Mexico), especially around the city of Santa Fe.