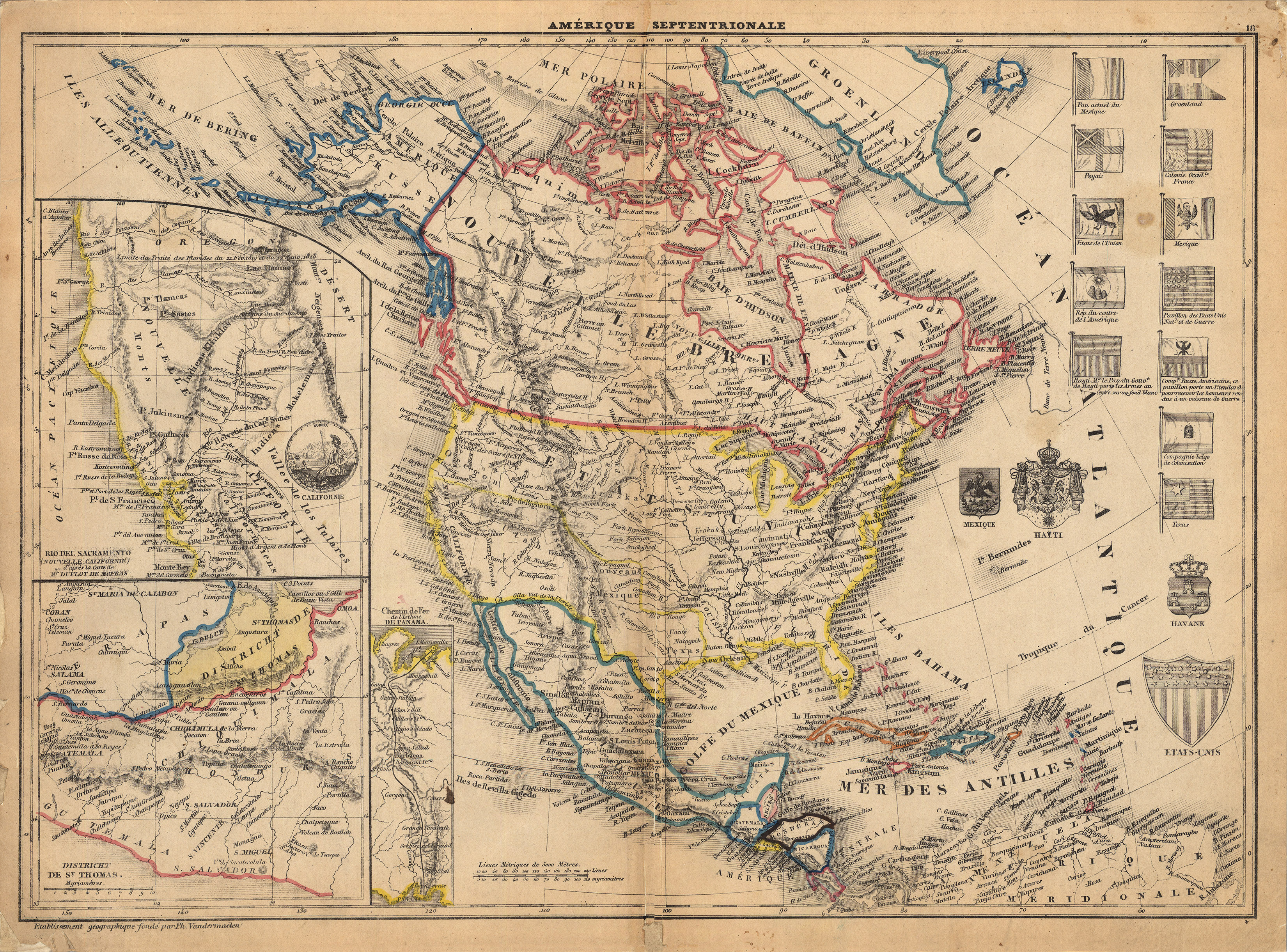 This 1849 map perhaps the first map made using the lithographic process to show the Republic of Texas. Printed by Philippe Vandermaelen in Brussels, Belgium, it shows the national flags of various nations, including Texas, although the flag depicted is actually the flag of the Texas Navy, not the Republic of Texas. As was very common in the day, the map title refers to the seven stars of the Big Dipper, which is a northern constellation  – and thus, indirectly, letting the map viewer know that the maps subject is “North America.”

Vandermaelen is best know for his 1827 Atlas Universel, one of the most remarkable world atlases ever made. Printed in six folio-sized volumes, it consisted of 380 conically-projected maps and which was the first atlas to show the whole world in maps using a uniform scale – in this case, about 26 miles to the inch. Morever, the maps were designed to joined into a three-dimensional terrestrial globe with a diameter of almost 25 feet. Vandermaelen, a visionary geographer, was well ahead of his time.