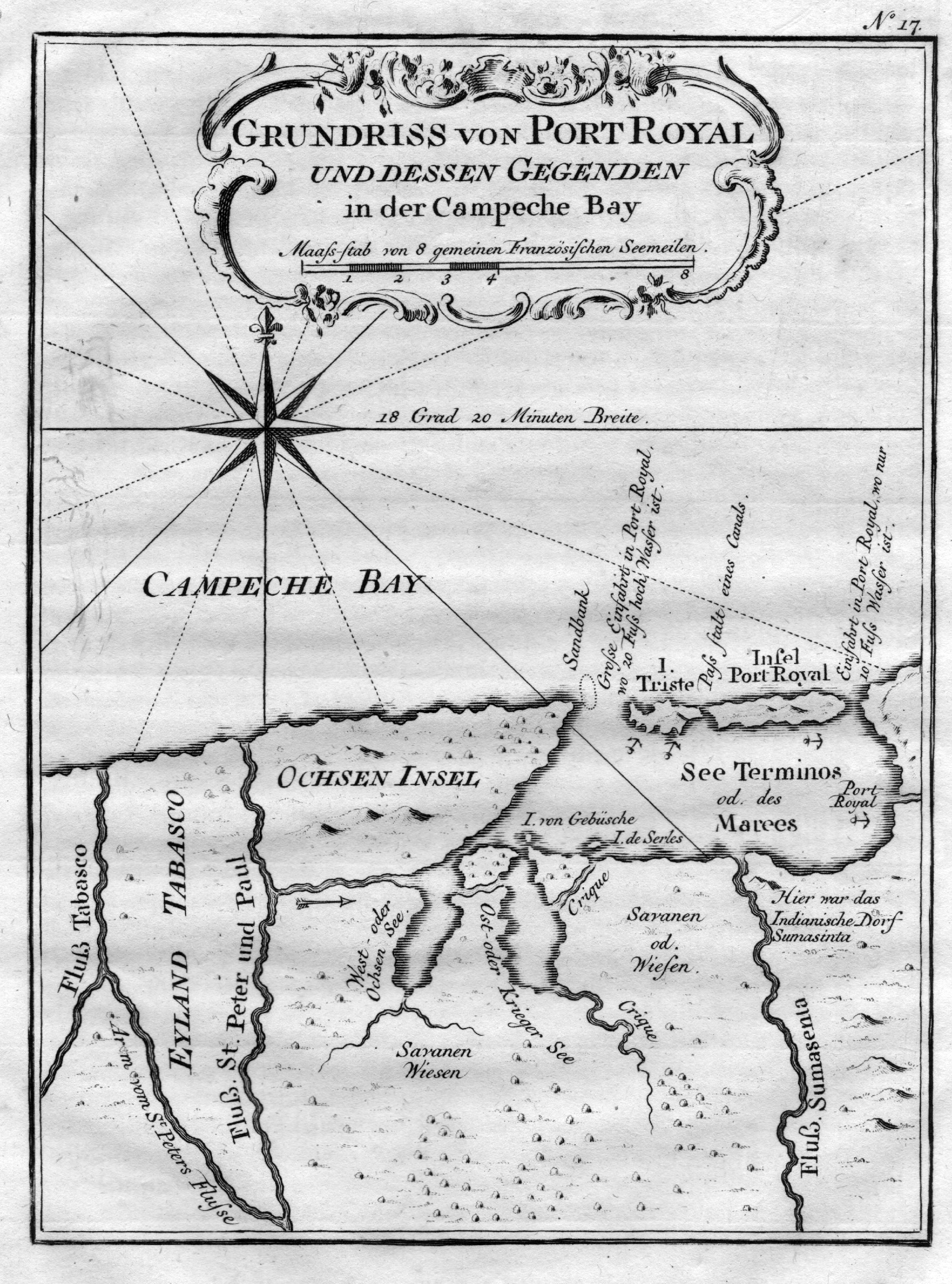 A map of the Bay of Campeche, in Mexico, published in 1756. The Island of Port Royal is today known as Isla del Carmen, and the Tabasco River is the modern Grijalva River. The depths of the water at either side of Port Royal Island and Trieste Island are also noted. Bellin (1703-1772) was one of the most important cartographers of the 18th century, as the Royal Hydrographer of France, he produced thousands of nautical charts for the French Navy. His work tended to focus on accuracy and function rather than decorative artistry. He also wrote over 1,400 articles on geography during his lifetime.