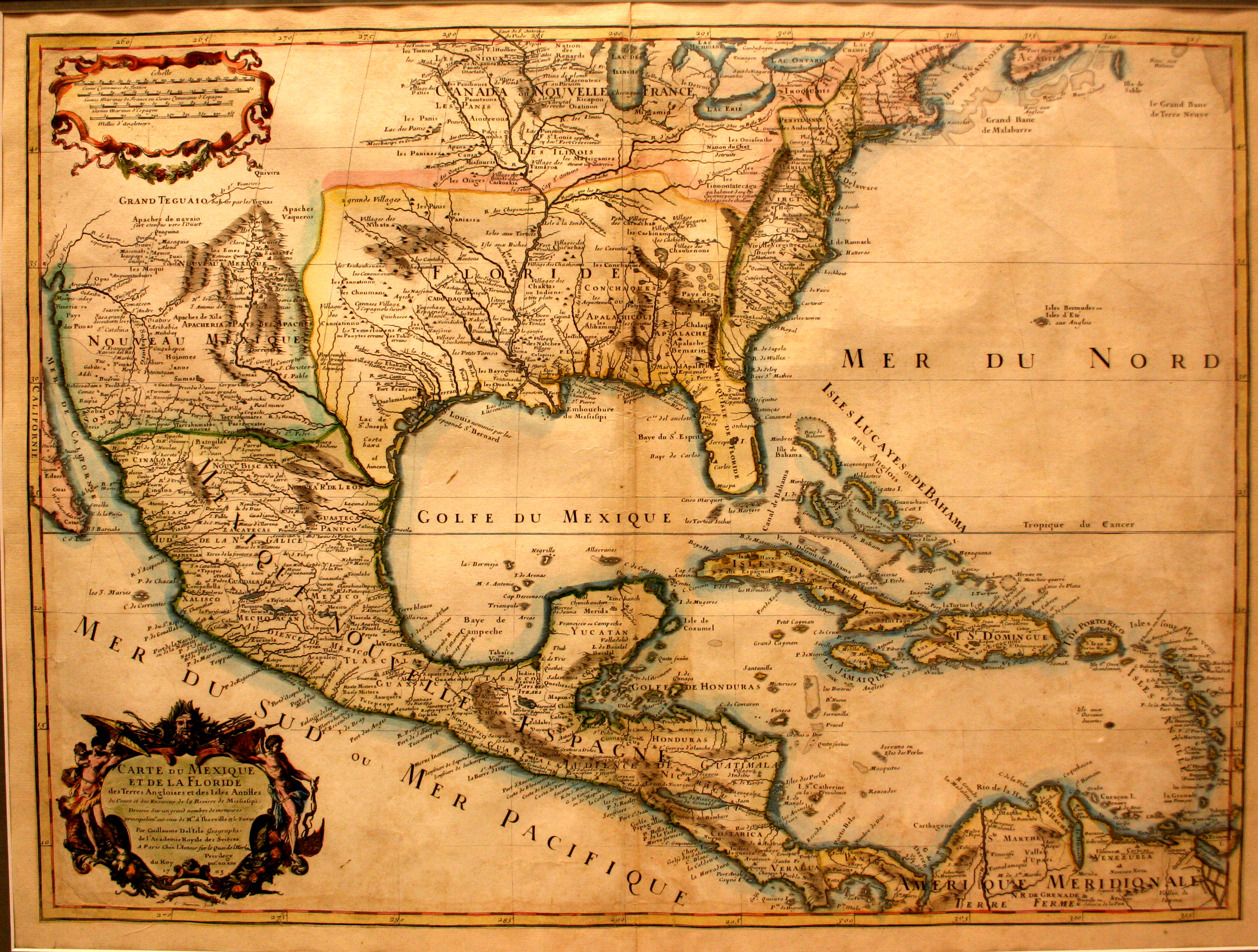 This map, by French cartographer Guillaume Del’Isle (1675-1726), shows both the Mississippi River and the Rio Grande, thus making it one of the first maps that is accurate enough to identify the region that will someday be known as Texas.  Various Spanish towns and missions are located along the Rio Grande, along with the presence of various Native American tribes, such as the Apache and the Cadodaquio (Caddo).

Del’Isle was the first Royal Geographer of France, and his maps are famous for being among the most accurate of the day.