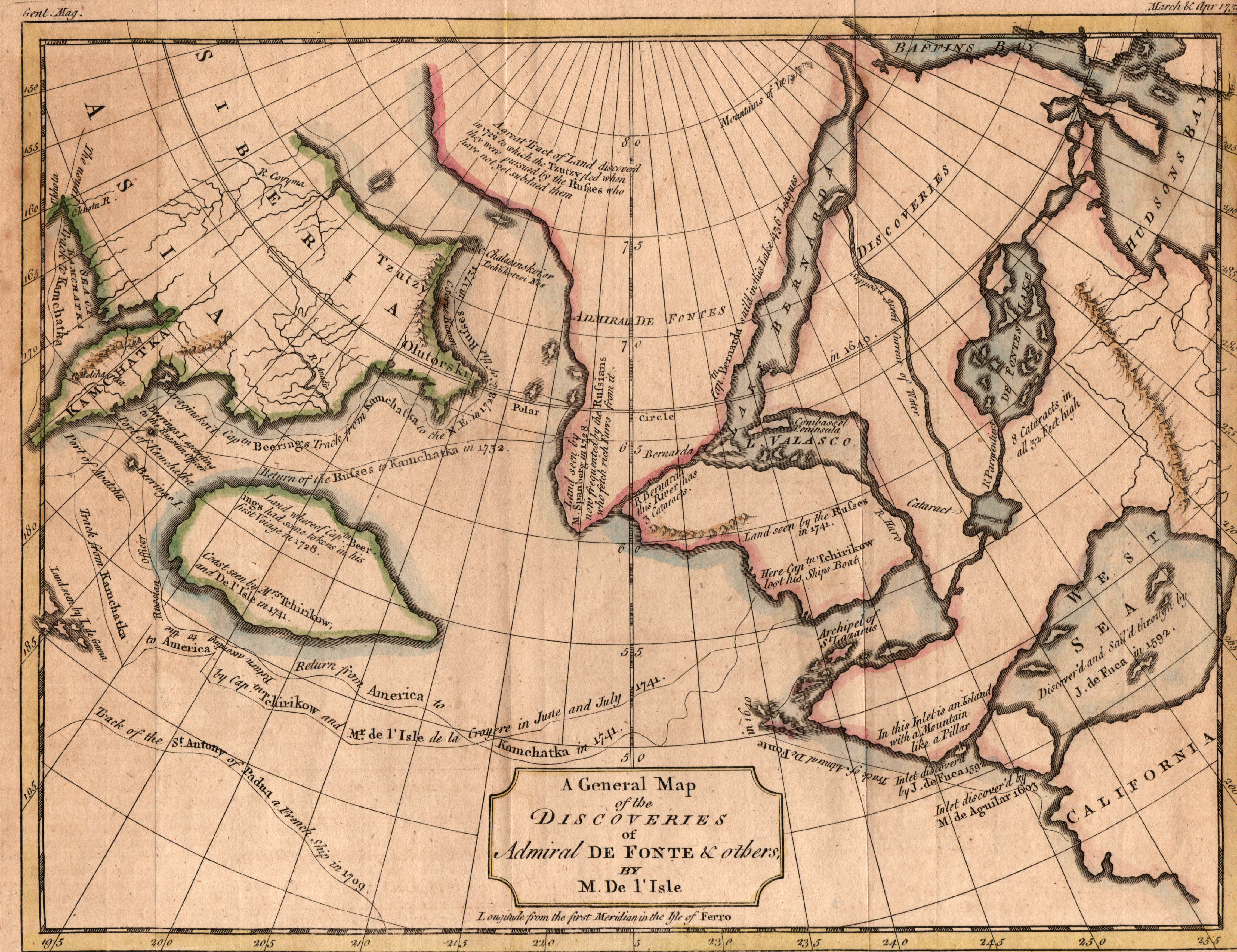 This map by Thomas Kitchin is his version of the 1752 map published in Paris by M. Del’Isle, depicting the mythical Northwest Passage across the upper portion of the North American continent. Del’Isle had returned to Paris that year, after spending 21 years in St. Petersburg, Russia, and brought back with him information which he believed to be true, based on the unpublished 1640 memoirs of Spanish Admiral Bartholomeu De Fonte. De Fonte was said to have discovered a series of gigantic lakes, seas, and rivers which provided a water route from the Pacific Ocean to Hudson Bay – i.e., the Northwest Passage – which many, including Thomas Jefferson, hoped actually existed. Today we know the De Fonte information to be a total fabrication, but the cartography of North America, particularly those of French cartographers, was influenced by the myth for more than a century.