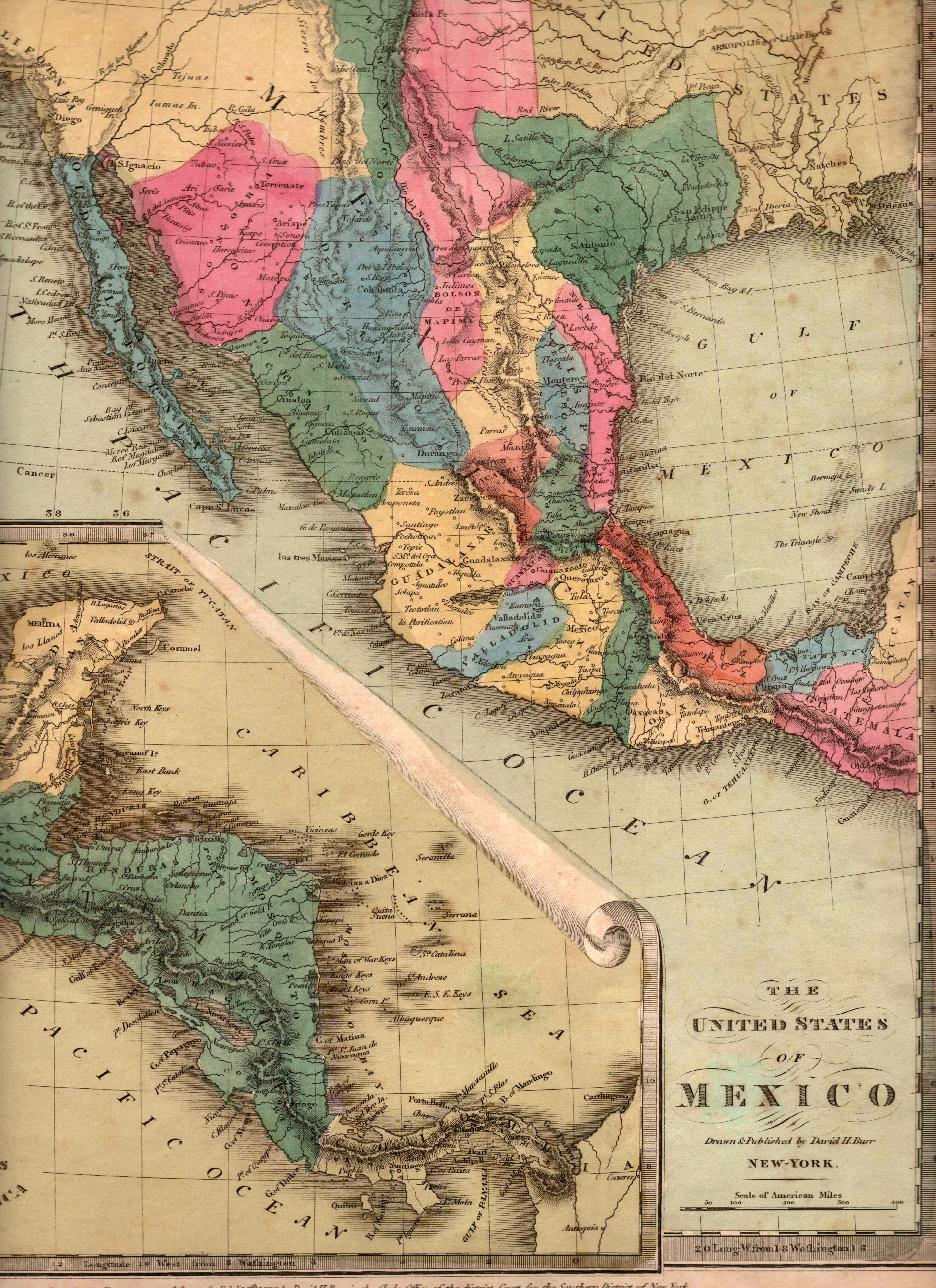 An interesting map by American cartographer David Burr, showing the Mexican state of TEXAS, with its border with Coahuila located the Nueces River, just prior to Texas declaring its independence from Mexico.  Burr was serving at that time as the official topographer to the United States Post Office Department, responsible for publishing maps showing all US postal routes. This map was published in 1832 and re-issued in early 1835, since Texas was much in the news at that time. Stephen F. Austin, the “Father of Texas,” was in prison in Mexico City at the time that this map was published. Austin had traveled to Mexico to advocate for the separation of Texas from the Mexican state of Coahuila, and General Santa Anna had ordered him arrested in January 1834 under the mistaken belief that Austin was calling for the independence of Texas. Stephen F. Austin was finally released from prison in July of 1835 and he returned home a changed man – where he had once been an ardent supporter of Texas as part of Mexico, he now believed that independence was the only path forward for Texas. Texas declared independence from Mexico on 2 March 1836, and won its independence with the dramatic victory at the Battle of San Jacinto on 21 April of that year.