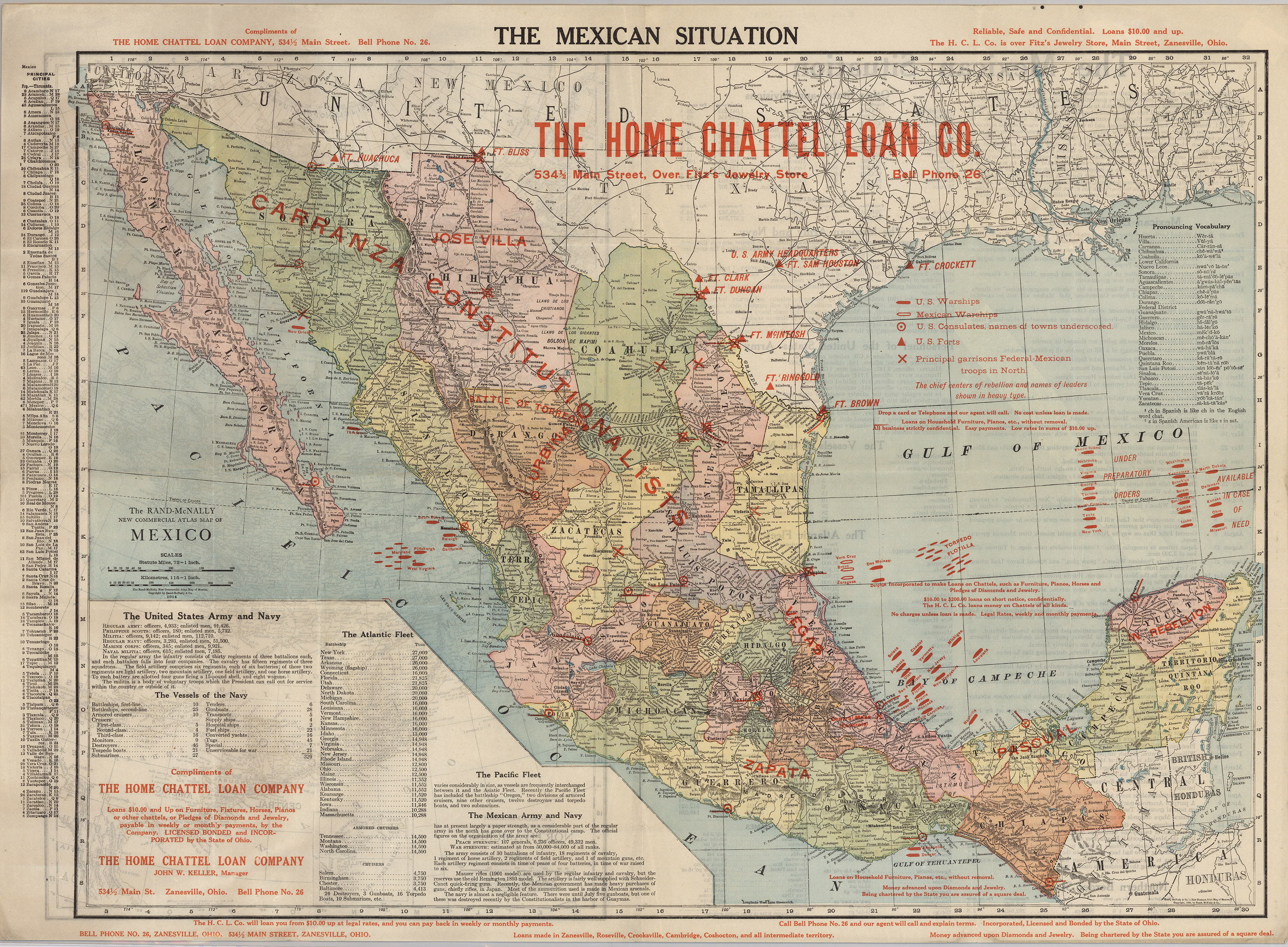 The Mexican Situation map was created by the Home Chattel Loan Company of Chicago, Illinois, by simply overprinting a standard Rand McNally map of Mexico. This edition adds warships, fort, Mexican garrisons, and military routes to the base map. The Mexican Revolution which began in November 1910 continued to impact the border between Mexico and United States for the next decade. After a raid by men under the command of General Pancho Villa into the town of Columbus, New Mexico, in March 1916, the U.S. government mobilized send 130,000 National Guardsmen, from all 48 states, and send them to the border, where many were assigned to General John “Black Jack” Pershing’s Punitive Expedition in to Mexico. This was the first time the U.S. Military used aircraft and mechanized vehicles in a military situation.