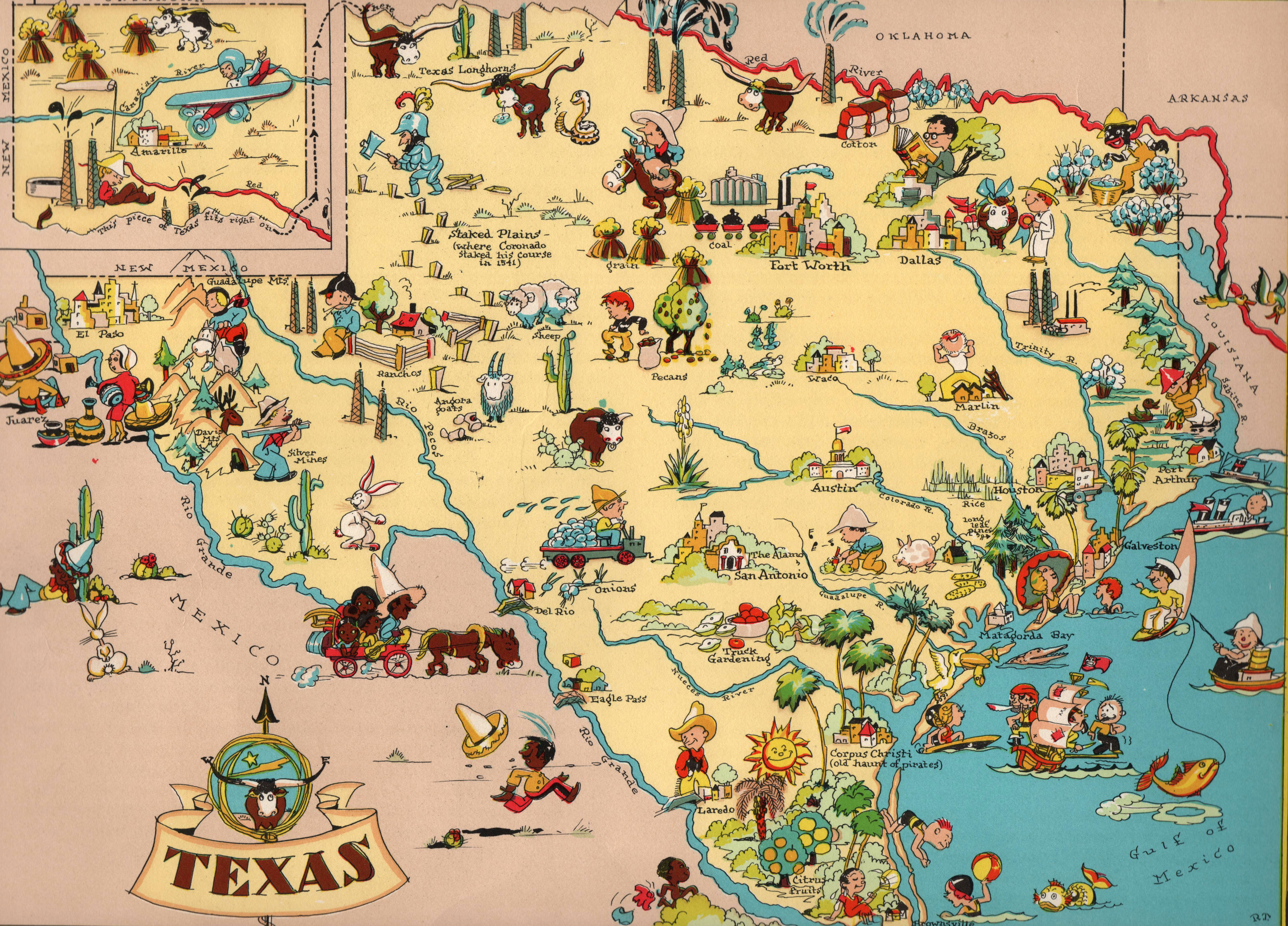 Published in the Atlas “Gay Geography” by her brother Frank Taylor, this map of Texas by Ruth Taylor was designed, as she stated, to be an “active, picturesque entity” of the state. She also drew similar maps of every other American state and territory for the atlas. Ruth Taylor was one of the earliest female cartographers in the United States.