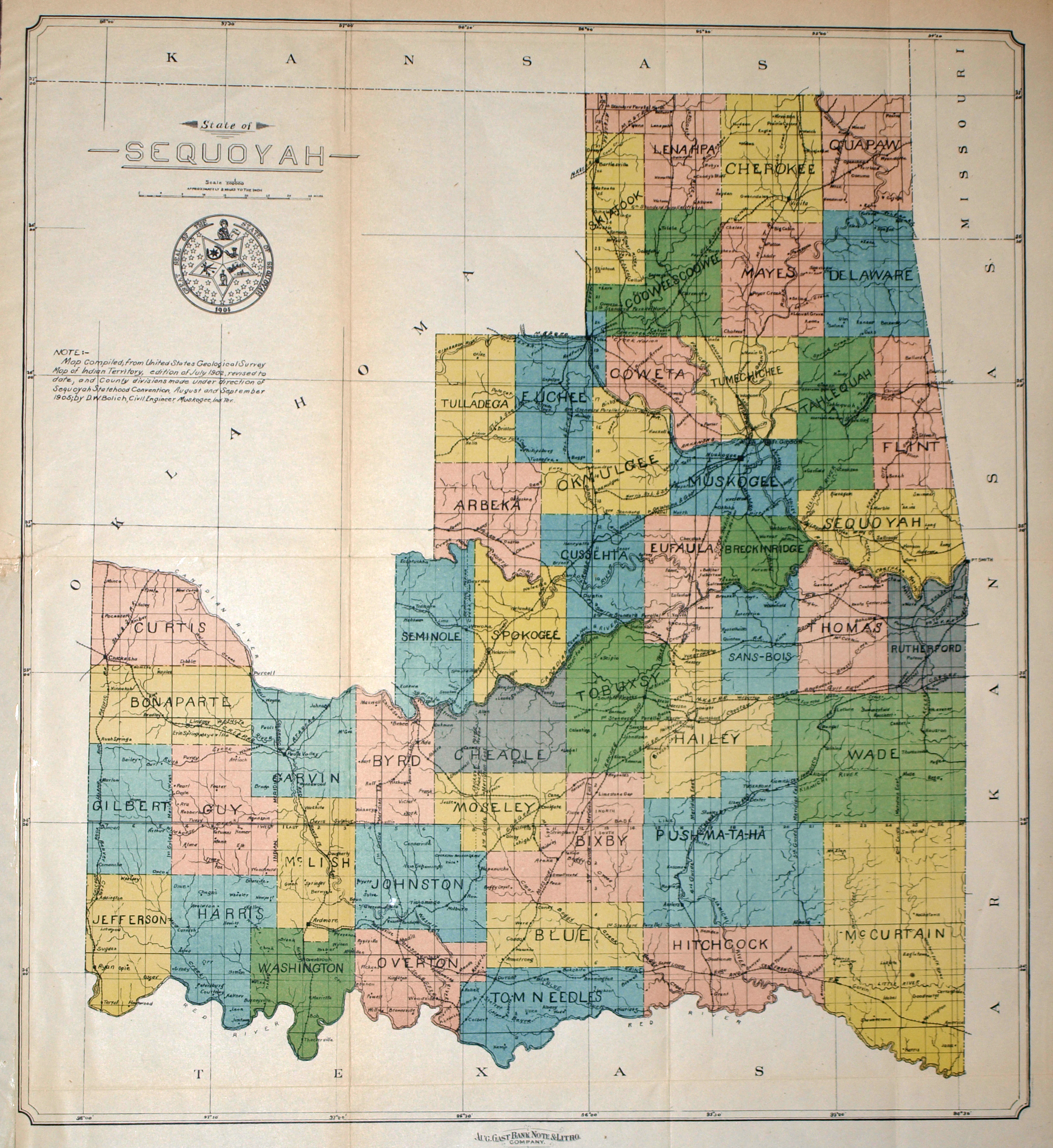 Map of the proposed STATE OF SEQUOYAH, published by the August Gast Bank and Note Company. Following the breakup of Indian Territory into Oklahoma Territory, in the western section of the region, and Indian Territory in the east, the Oklahoma Land Rush took place in 1899. In the eastern Indian Territory, representatives of the Five Civilized Tribes (Cherokee, Chickasaw, Choctaw, Creek and Seminole), eager to retain control of their lands, applied to the United States Congress for statehood. The proposed state was to be named in honor of Sequoyah, the Cherokee who had created a writing system for the Cherokee language in 1825. Along with their proposed state constitution and their state seal, they submitted this map as part of their application package. The proposed statehood bill was submitted in the House by Representative Arthur P. Murphy of Missouri, and in the Senate by Senator Porter J. McCumber of North Dakota. Both bills were defeated. President Theodore Roosevelt then proposed a compromise bill which resulted in both Indian Territory and Oklahoma Territory being combined into a single state, and Oklahoma became the 46th state on 16 November 1907. The State of Sequoyah never came into existence.