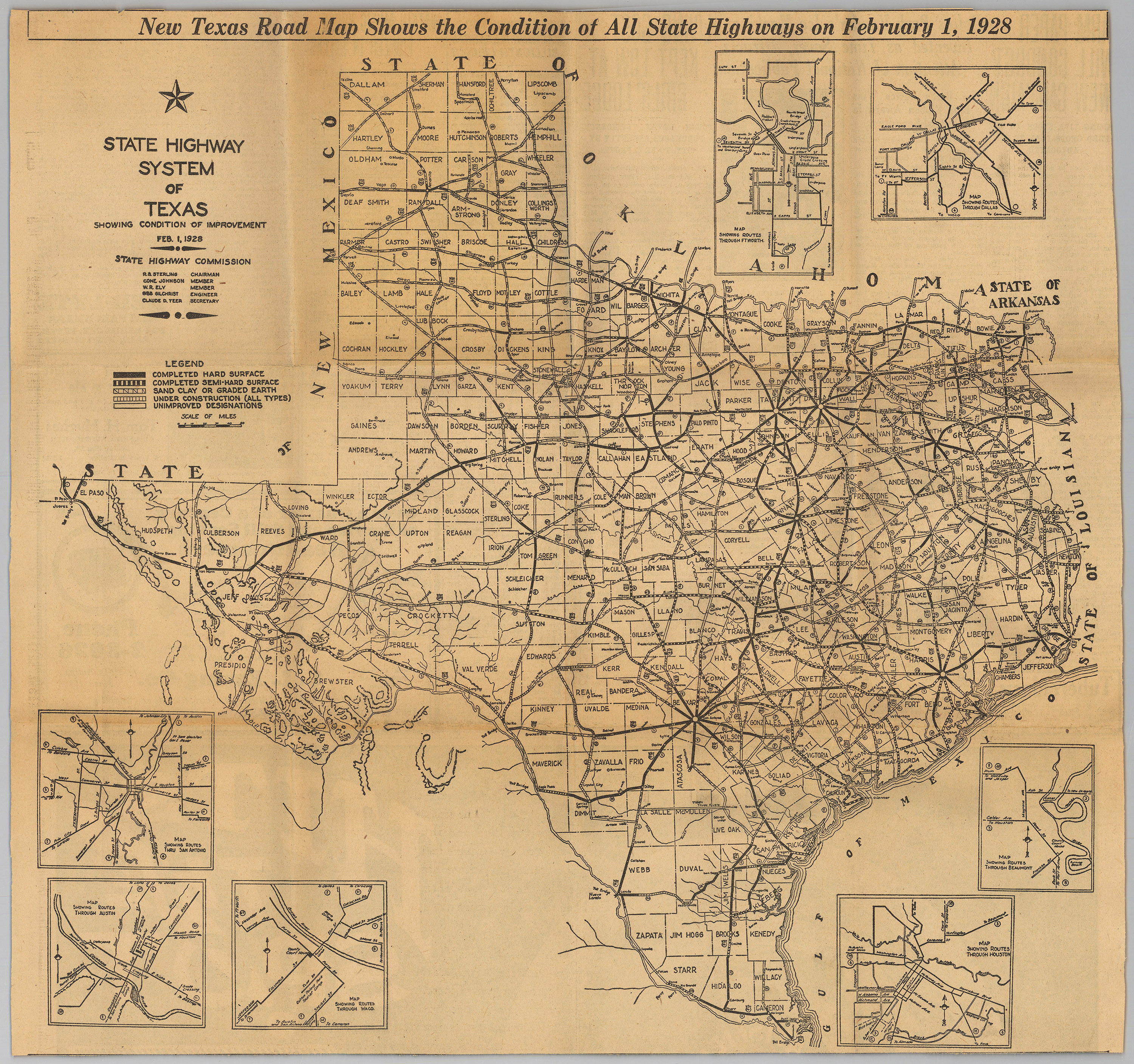 No coordinated transportation system existed in Texas until the advent of the automobile at the beginning of the 20th century. As cars became more common, “good road” associations lobbied the Texas legislature for a statewide transportation network. The Texas State Highway Department came into existence in 1917, and by 1921 the Federal government was providing matching funds to encourage states to build better roads. This map was produced by the Dallas Morning News in 1928 to encourage the Texas legislature to pass a comprehensive highway bill, and the following year Texas had its first official highway system, with roads marked by numbered and directional signs, along with mileage. The state speed limits were set at 20mph in cities and 45mph on the highways. State speed limits were raised to 30mph in town and 60mph on highways in 1941, in order to speed up delivery of WWII materials.