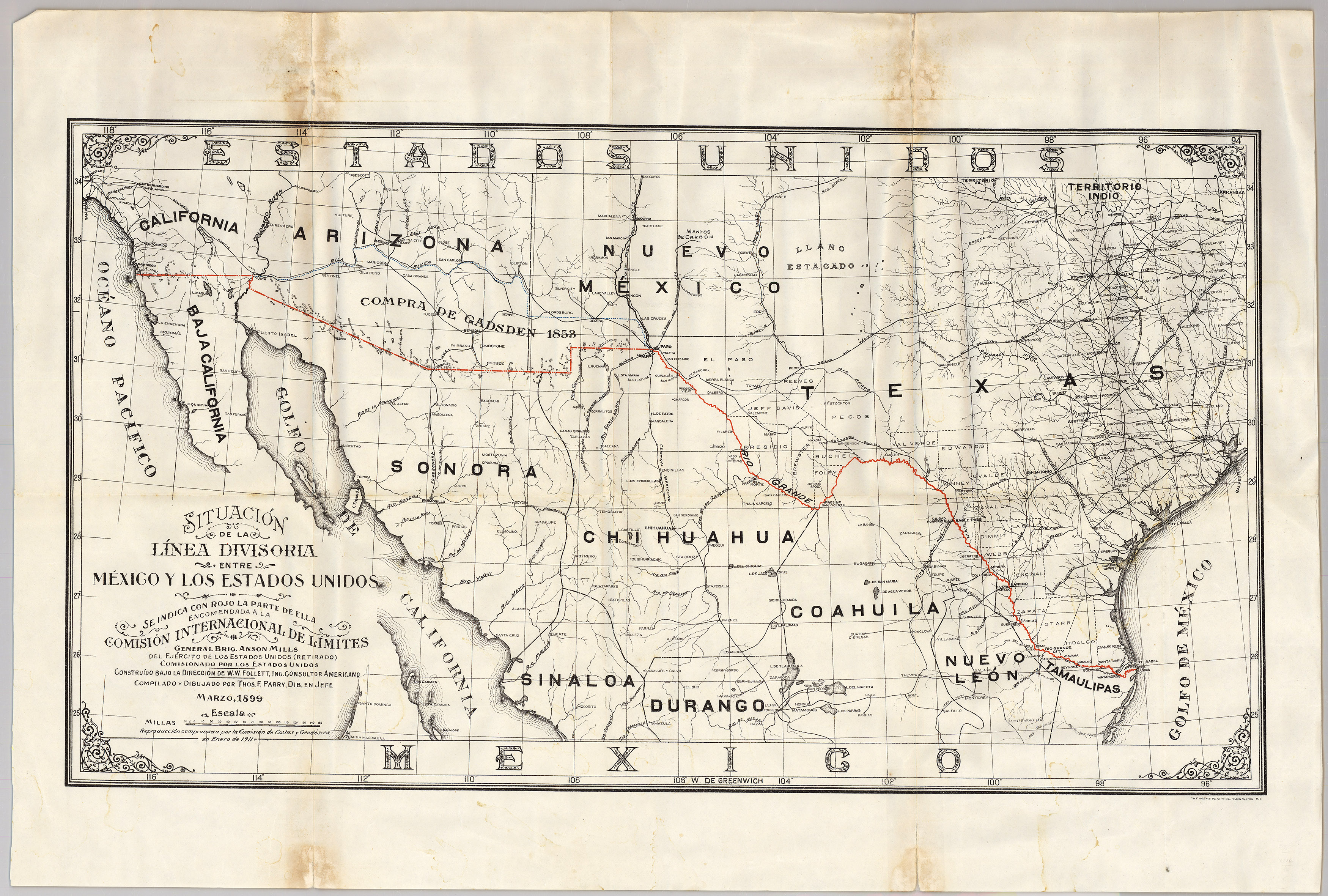 Anson Mills, after failing out at West Point in 1857, settled in El Paso, Texas, where be was hired by the Army to survey forts Bliss, Quitman, Davis, and Stockton, all located along the San Antonio-El Paso Road. He was also hired by the city fathers to plat the new community of Franklin, which eventually became El Paso. When the Civil War broke out, he accepted a commission in the US Army, where he remained until 1894, retiring at the rank of brigadier general. He was then appointed to the Mexico-US Boundary Commission, where he remained until 1914. Under his direction, the border was re-mapped with a high degree of accuracy.