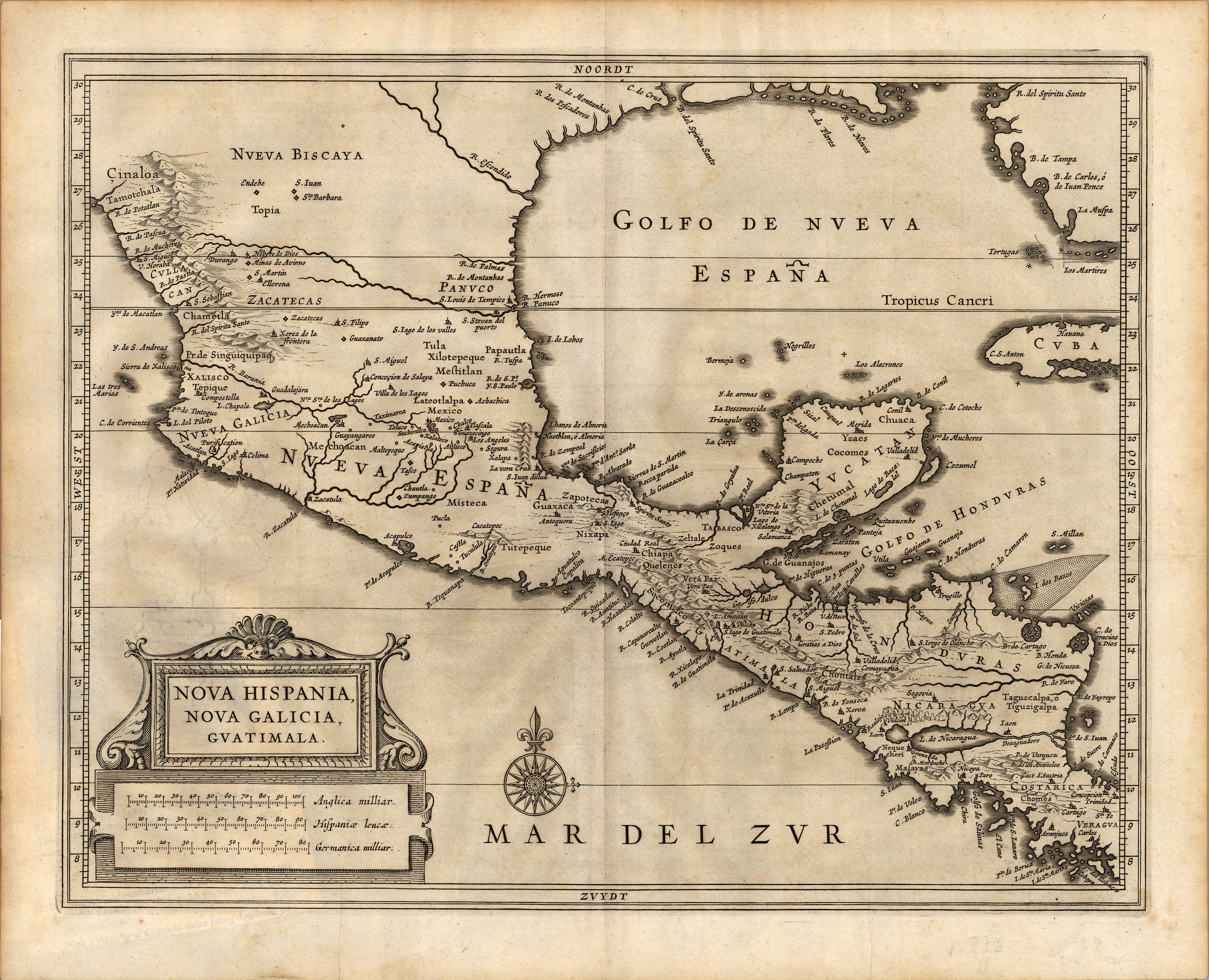 This map was published by Dutch cartographer Joannes de Laet (1581-1649) in his History of the New World Atlas in 1640, and it became a foundation map for parts of North and Central America for several decades. Cartographic historian Philip Burden has called de Laet’s Atlas “arguably the finest description of the Americas published in the seventeenth century.” De Laet was the first to print maps with the names Manhattan, New Amsterdam, and Massachusetts on them. Also a businessman, de Laet was the founding director of the Dutch West India Company, and he was able to continue to update his maps via information received from sailors.