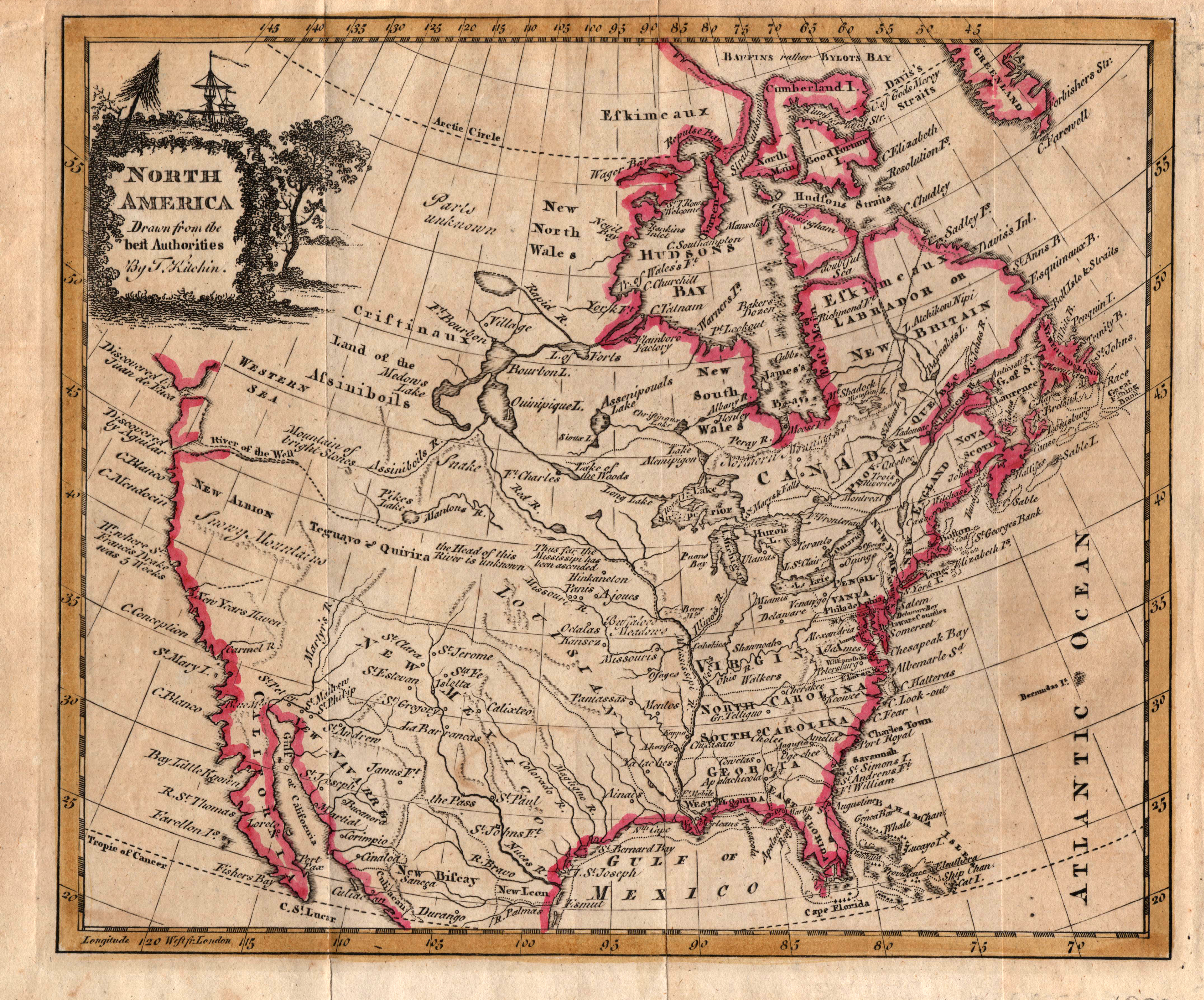 An early map of North America with the new states of the United States and the British provinces and colonies in Canada. In what will become Texas, the  boundary between US-claimed Louisiana and Spanish-claimed New Mexico is uncertain. Mistakenly, the Rio Nueces is shows as being much larger and more important than the Rio Grande. Some of the western mountain rangers are identified as the “Snowy Mountains” and the “Mountains of Bright Stones.” Numerous Native American nations are also identified.