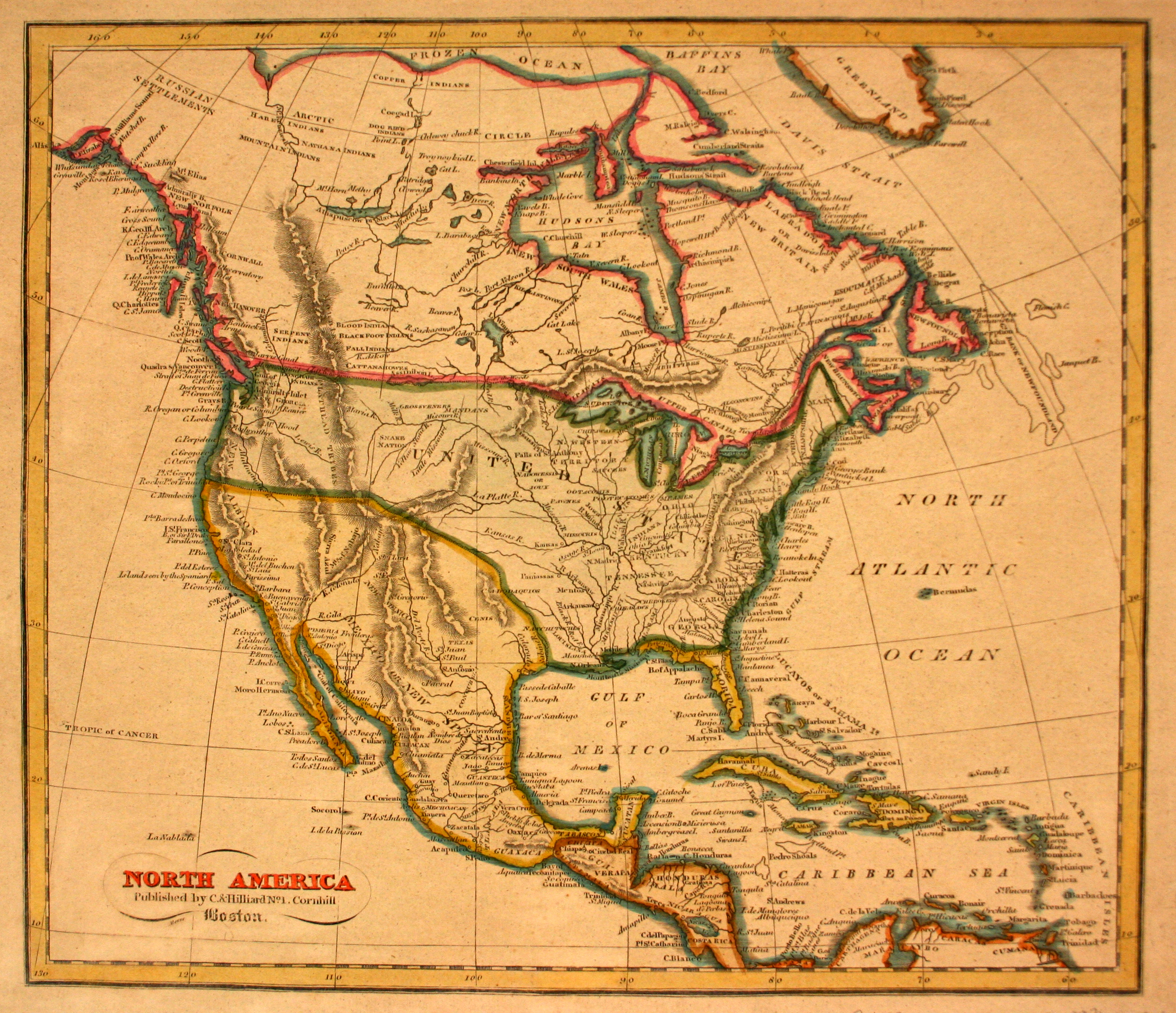 In 1803, Emperor Napoleon Bonaparte sold Louisiana to the United States. The southwestern boundary of Louisiana was unclear, however; where many Americans felt that Texas had been included in the Louisiana Purchase, Spain argued that the border was actually at the Sabine River. The boundary – at the Sabine River – was formally agreed to in 1819, with the signing of the Adams-Oniz Treaty between the United States and Spain.

Jacob Abbot Cummings, a printer based out of Boston, produced this map as part of his Atlas of Ancient and Modern Geography in 1816, at the height of the Mexican War of Independence from Spain. Mexico had declared independence on 16 September 1810, and that was finally recognized by Spain in 1821.