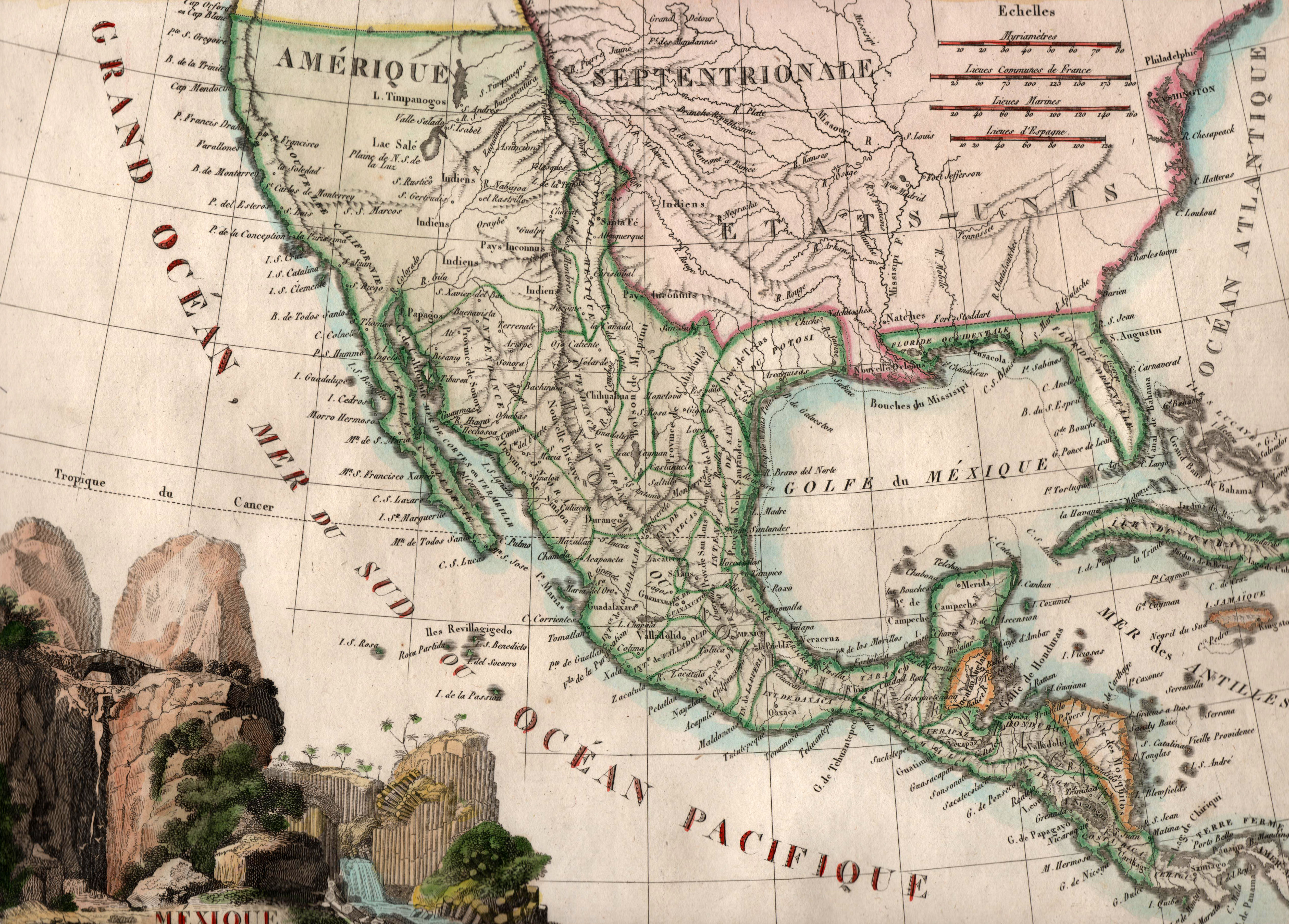 Printed by French cartographer J. B. Tardieu in 1812, just two years after independence was declared from Spain, this map of the Republic of Mexico shows the Province of Texas as part of the five-state “Intendencia” of San Luis Potosi. The label of “Amerique Septentrionale” for “North America” was quite common at the time. The “Sept” in the second word comes from the Latin term for “seven” and refers to the seven stars of the Big Dipper, a constellation which can only be seen its entirety from the Northern Hemisphere – hence, indirectly, “North America.”