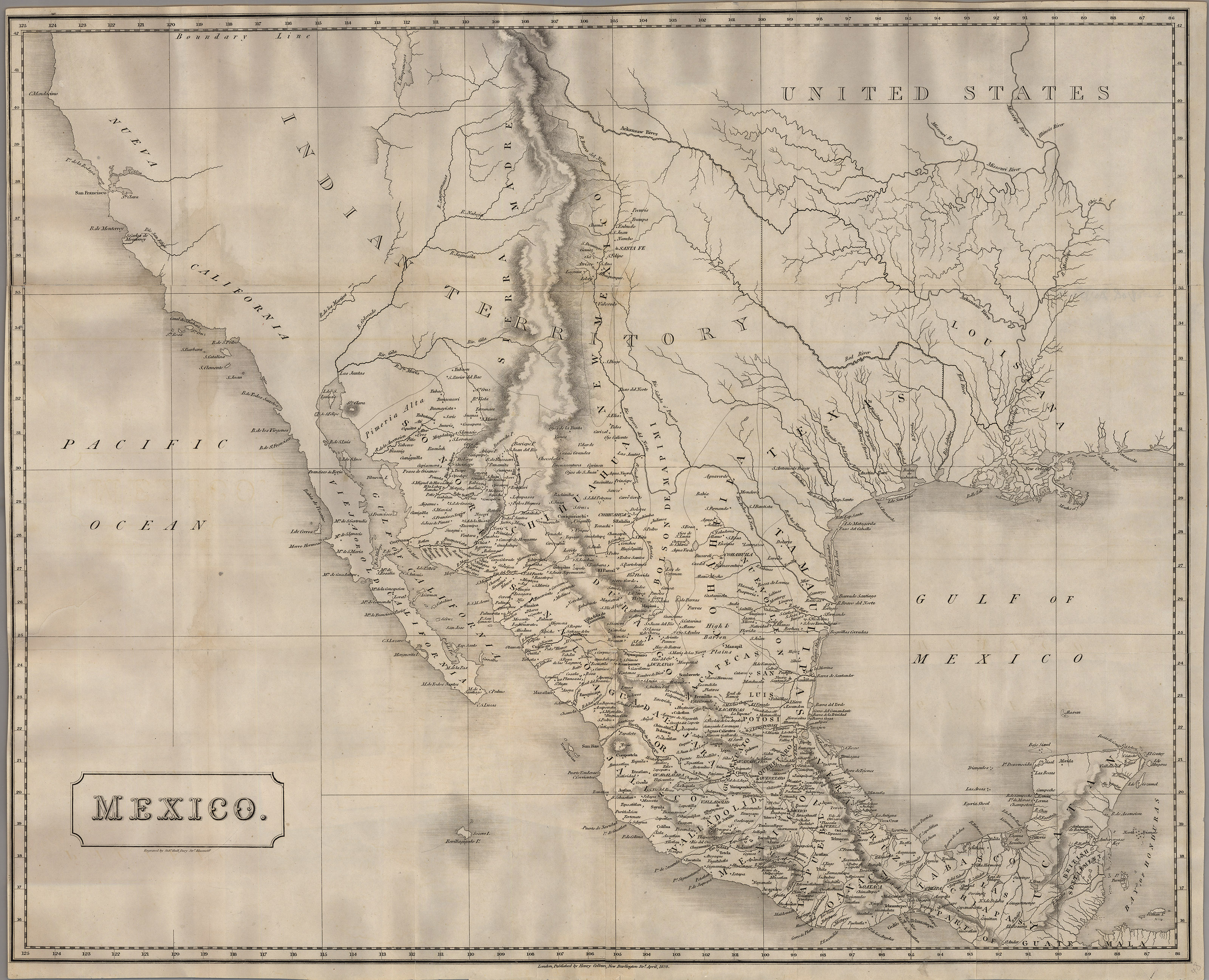 Map of Mexico, published in London as an independent wall map and not part of an atlas, indicating European interest in the nation of Mexico following her independence from Spain. It shows Texas as a separate state of Mexico, and notes the location of “Austin’s Town,” which was more properly known as San Felipe de Austin and was the primary settlement in the Empresario land grant which the Mexican government had assigned to Stephen F. Austin.