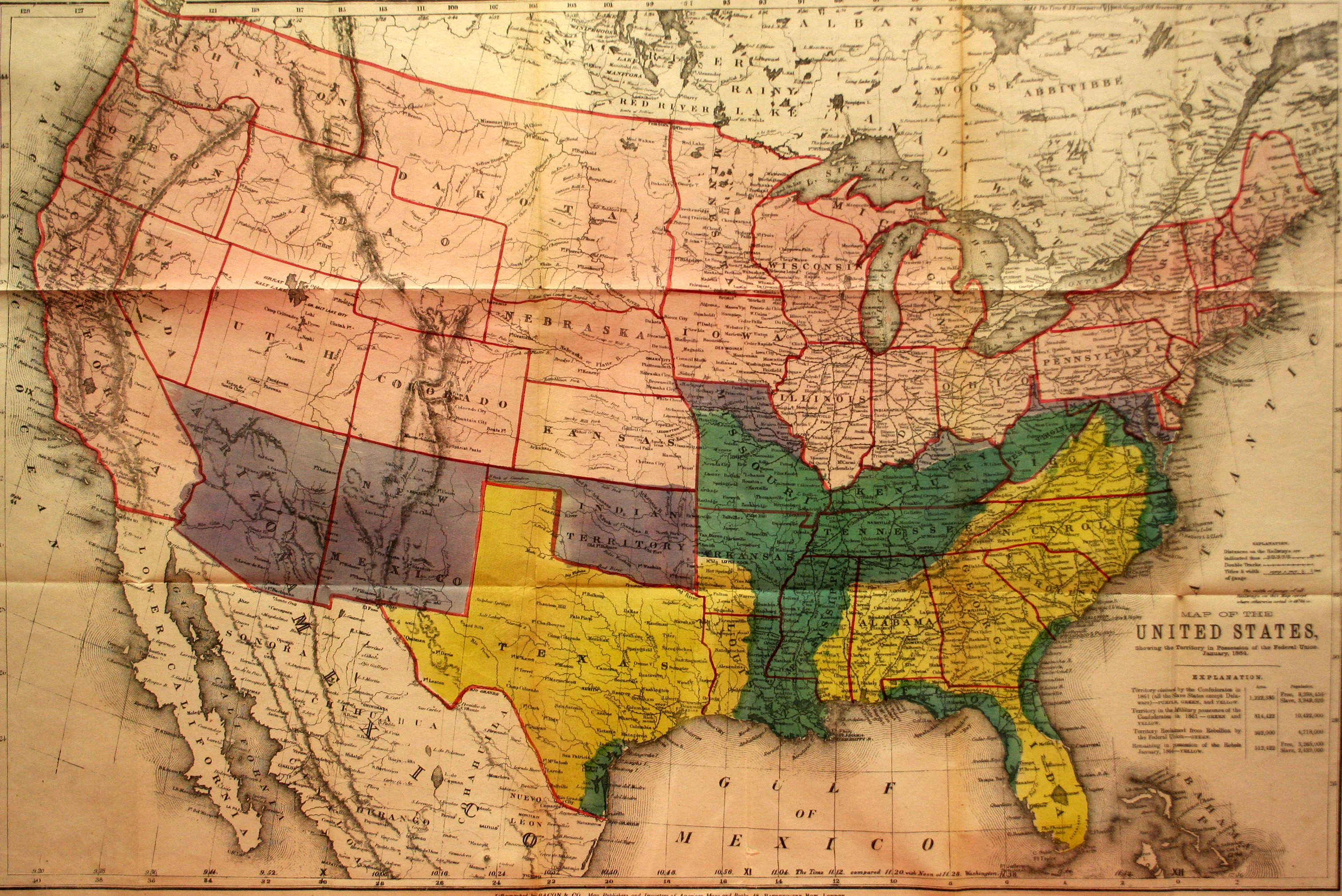 This map was produced by London-based book and map publisher George Washington Bacon, one of the foremost printing firms in England during the 19th Century. During the American Civil War, with the fall of Vicksburg, Mississippi on 4 July 1863 to the Union Army of General Ulysses S. Grant, the Confederate States of America were cut in two, and Bacon uses the green color to denote the Confederate territory which was under Union control by January 1864.  In 1866, Bacon wrote a book entitled Descriptive Handbook of America, focusing on the history, geography, and economy of post-Civil War America, where he predicted that “possessed of boundless natural resources, free institutions, and an intelligent and energetic people, the future progress of the United States promised to be even greater than that which has characterized its past. “