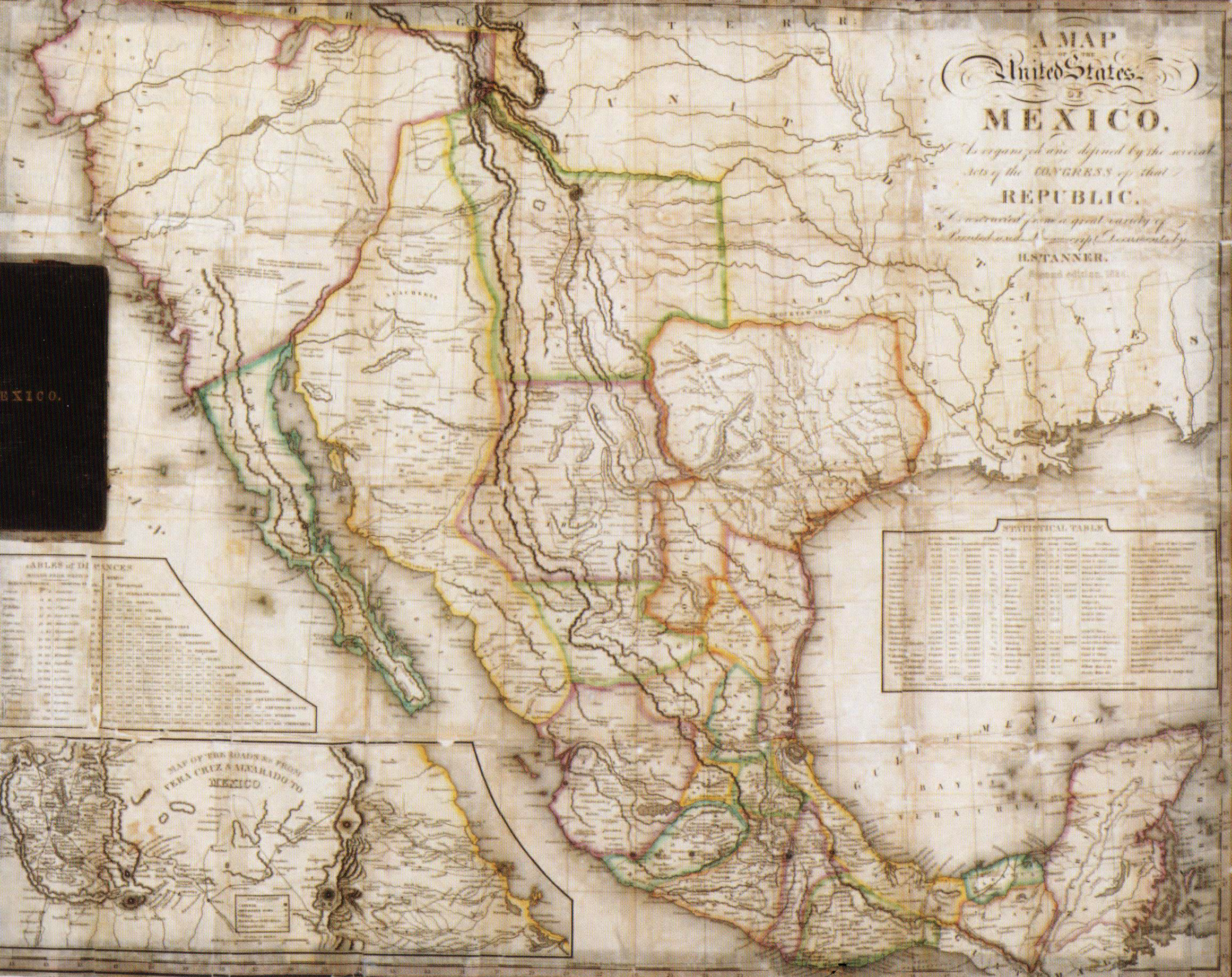 This large pocket map includes two insets, a) Table of Distances and b) Map of the Roads from Vera Cruz to Mexico. With a copyright of 2 April 1832, but printed reprinted as an 1834 edition, this is commonly considered to be the source of John Disturnell’s plagiarized “Treaty Map,” used in 1846. Tanner’s original sources were Humboldt, Darby, and Pike. Five editions of Tanner’s popular map were issued between 1825 and 1847. Early editions showed the boundary between Lower and Upper California 120 miles south of San Diego, an error corrected by the Treaty of Guadalupe Hidalgo and the Gadsden Purchase. This edition used information from the more famous Austin-Tanner map of Texas.