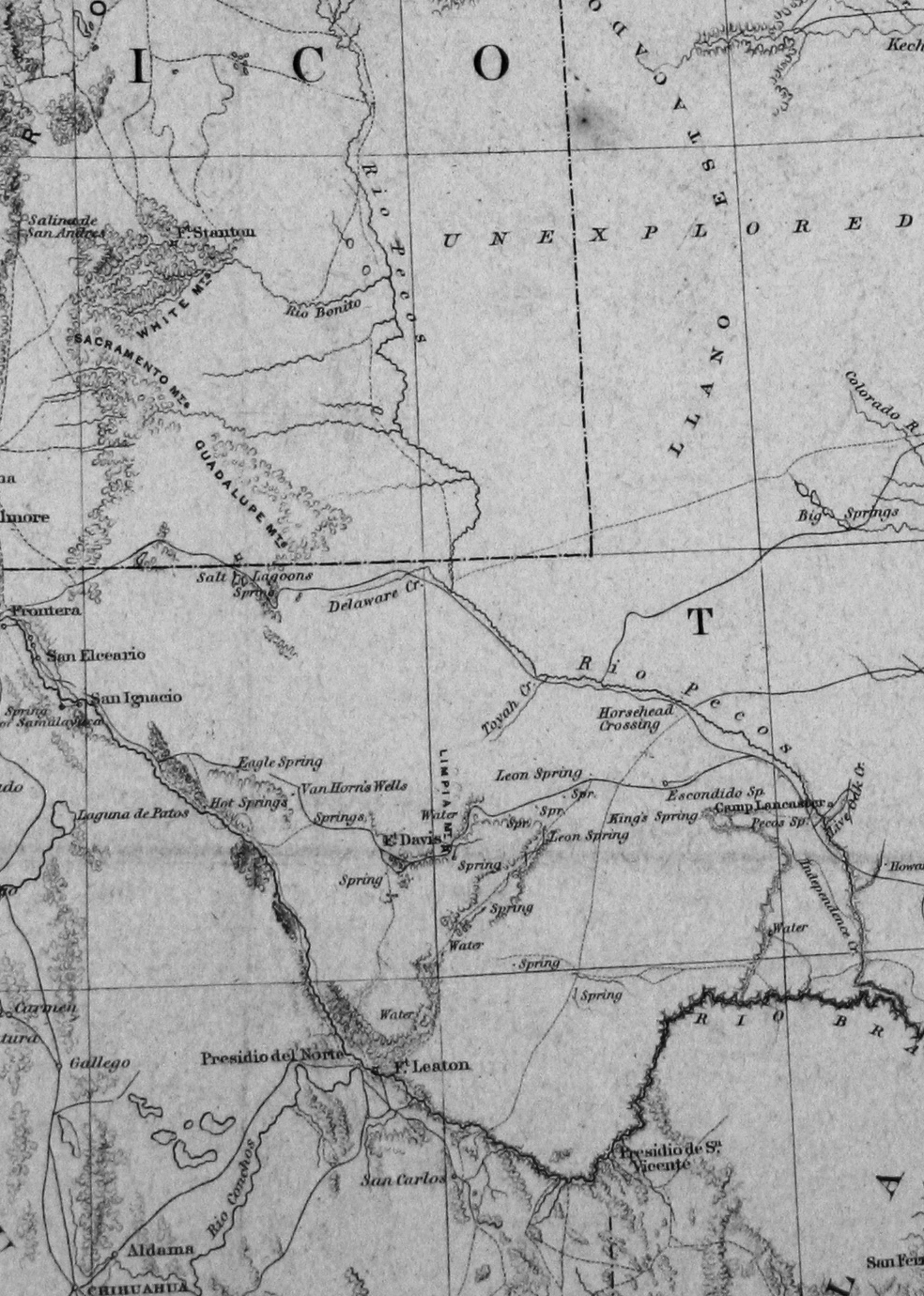 Article V of the Treaty of Guadalupe-Hidalgo, which ended the U.S.-Mexico War, specified in part that

In order to designate the boundary line with due precision, upon authoritative maps, and to establish upon the ground landmarks which shall show the limits of both republics, as described in the present article, the two Governments shall each appoint a commissioner and a surveyor who, before the expiration of one year from the date of the exchange of ratifications of this treaty, shall meet at the port of San Diego and proceed to run and mark said boundary in its whole course to the mouth of the Rio Bravo del Norte.

The surveyor who was assigned the duty to map the boundary on the US side of the border was William Emory, from the Army Corps of Topographical Engineers. This time, in contrast with his 1844 map of Texas, Emory would be “boots on the ground,” and his survey would take almost seven years to complete. The resulting two volume work, entitled Report of the United States and Mexican Boundary Survey, Made Under the Direction of the Secretary of the Interior, by William H. Emory, Major First Cavalry and United States Commissioner, remains one of the most important documents in American History. Not only did Emory map the border, including that of the Big Bend region of Texas, but his report is invaluable for the scientific and natural history that he and his team recorded.

The portion of the map shown here focuses on West Texas.