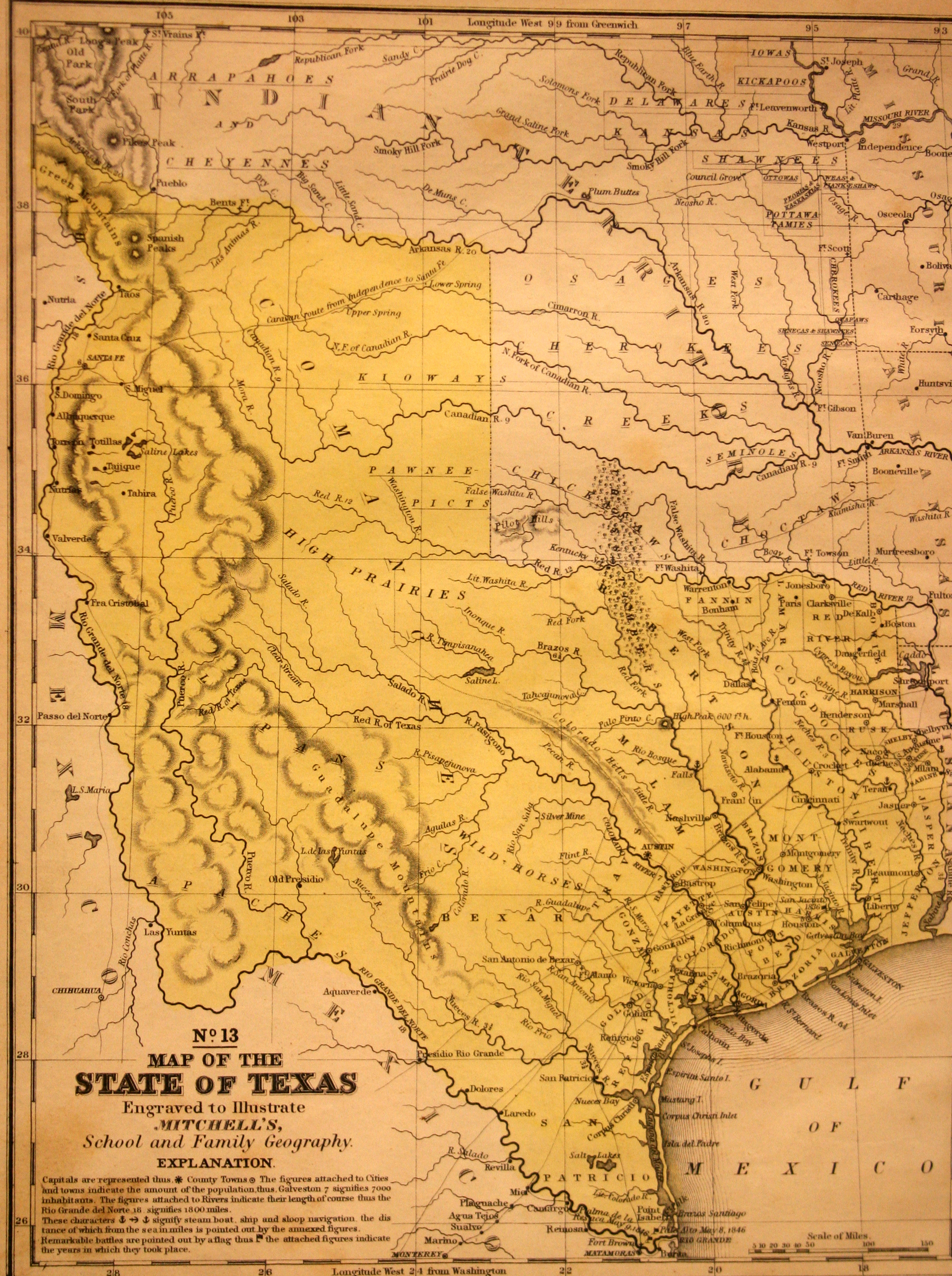 On 29 December 1845, the U.S. Congress admitted Texas as the 28th state of the United States, and this 1846 map, printed in Mitchell’s School and Family Geography Atlas, is the first map to show Texas as a state. Notice how little is known of the Big Bend region of Texas – the curve in the river is distorted, the river is located too far eastward, and the Guadalupe Mountains are located east of the Pecos (Puerco) River – mistakes that were carried over from earlier Spanish maps and which won’t be corrected until surveyors actually began a boots-on-the-ground survey of the region, following the US-Mexico War (1846-1848).