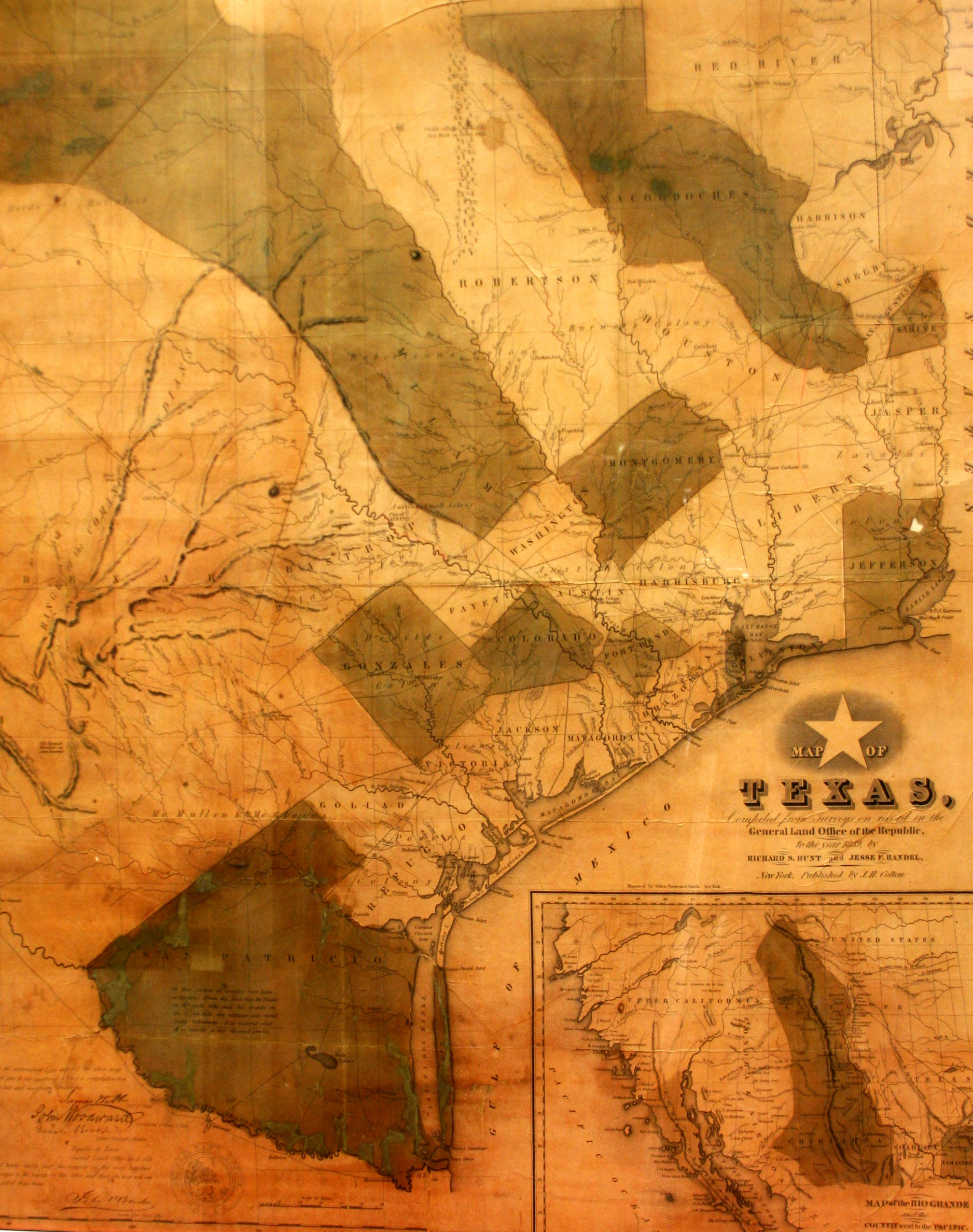 This map was published in 1839 by Richard A. Hunt and Jesse F. Randel in the first travel guide to the Republic of Texas. The full title of the publication was Guide to the Republic of Texas: Consisting of a Brief Outline of the History of Its Settlement; a General View of the Surface of the Country; Its Climate, Soil, Productions, Rivers, Counties, Towns, and Internal Improvements; The Colonization and Land Laws; List of Courts and Judicial Officers; Tariff and Ports of Entry & c.; accompanied by a New and Correct Map. Made from a copper engraving, the map identified 31 counties and was compiled from the records of the General Land Office of the Republic of Texas. The map shows the newly-founded city of Austin, located on the north bank of the Colorado River, which had been selected as the new national capital by President Mirabeau Lamar in 1839. The guidebook and map proved to be very popular with prospective settlers, and the contemporary descriptions of the land, mineral wealth, rivers and vegetation of Texas make it very valuable to Texas scholars today.