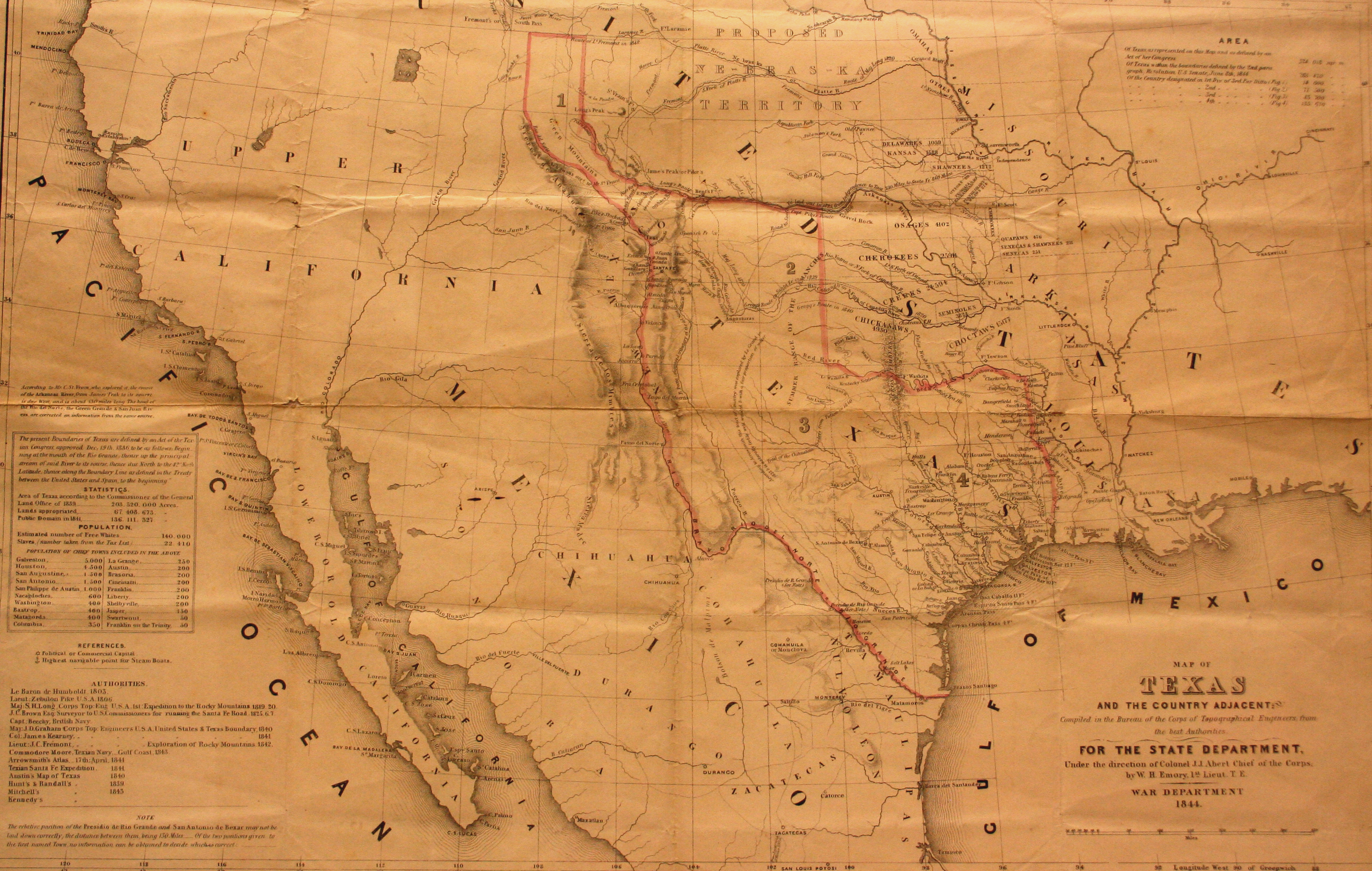 In 1844, James K. Polk was elected to the office of the Presidency on the platform of “Manifest Destiny,” which included the extension of the United States “from sea to shinning sea” and the annexation of Texas.  Annexation negotiations between Texas and the US began almost immediately following Polk’s inauguration, and the US  Congress needed the most accurate map possible for those annexation discussions. In order to achieve this, they selected William H. Emory, a member of the elite Corps of Topographical Engineers, to make a map of Texas. Without yet having visited Texas himself, Emory had to rely on previous maps and geographical publications. While his map of Texas was the most comprehensive and reliable produced up to this time, Emory himself noted that his sources were often inconsistent and contained conflicting data, and thus he was bound to repeat some of those errors. This map shows the border of the Republic of Texas as recognized by both Texas and the United States, but not Mexico.