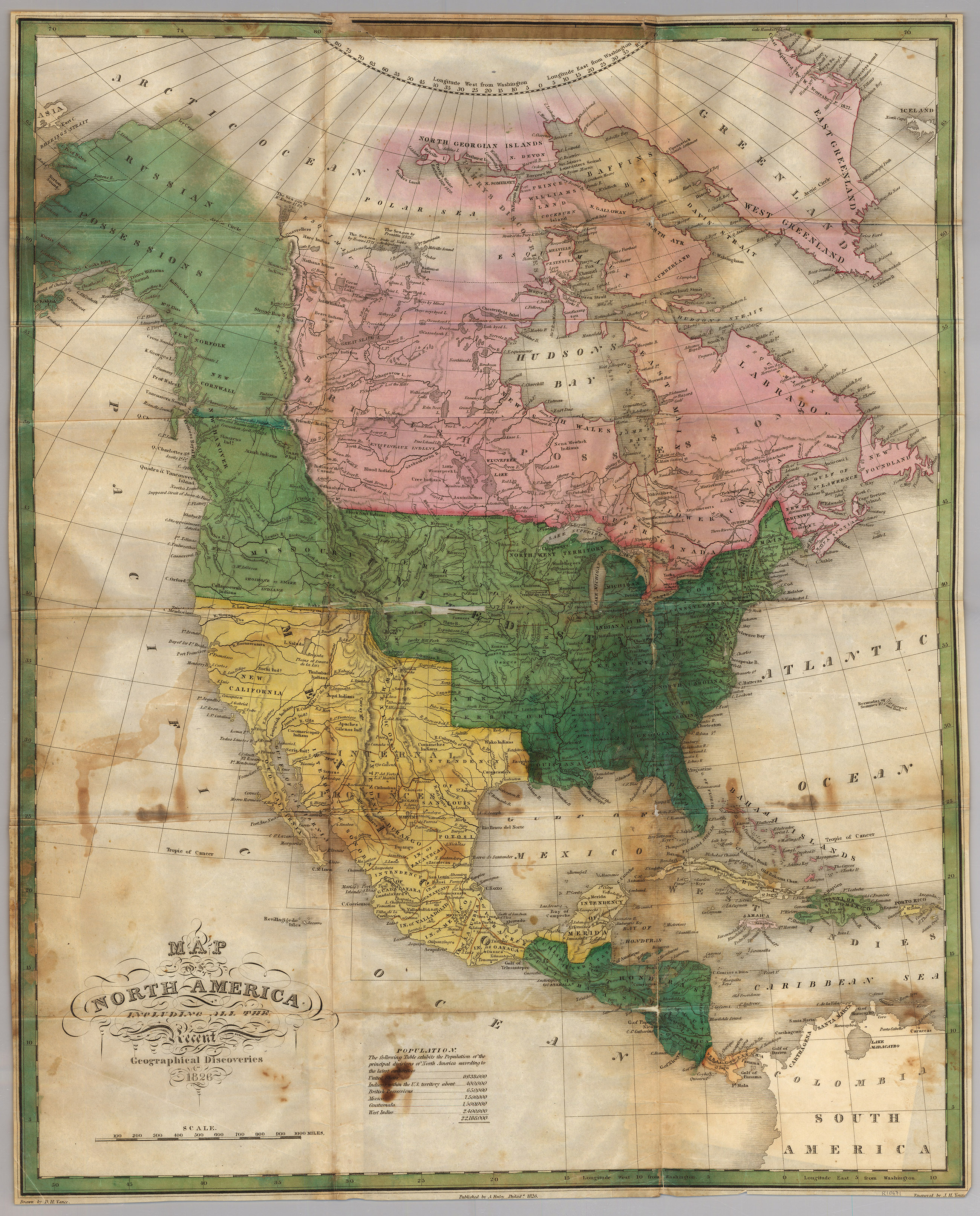 Anthony Finley’s 1826 large-format map of North America. Russian Possessions (Alaska) and a large 54-40 or fight border with the Russian Possessions dominate the map, a serious political statement for the period. Based on information from the Lewis and Clark and the Hunt and Stuart expeditions, although the Oregon Trail is not yet shown. Shows the western borders of the United States as per the 1819 Adams-Onis Treaty between the US and Spain, and US-Russia border as agreed to at the Convention of 1824.  Texas is shown as being in the Intendencia de San Luis Potosi. Many Native tribes are noted.