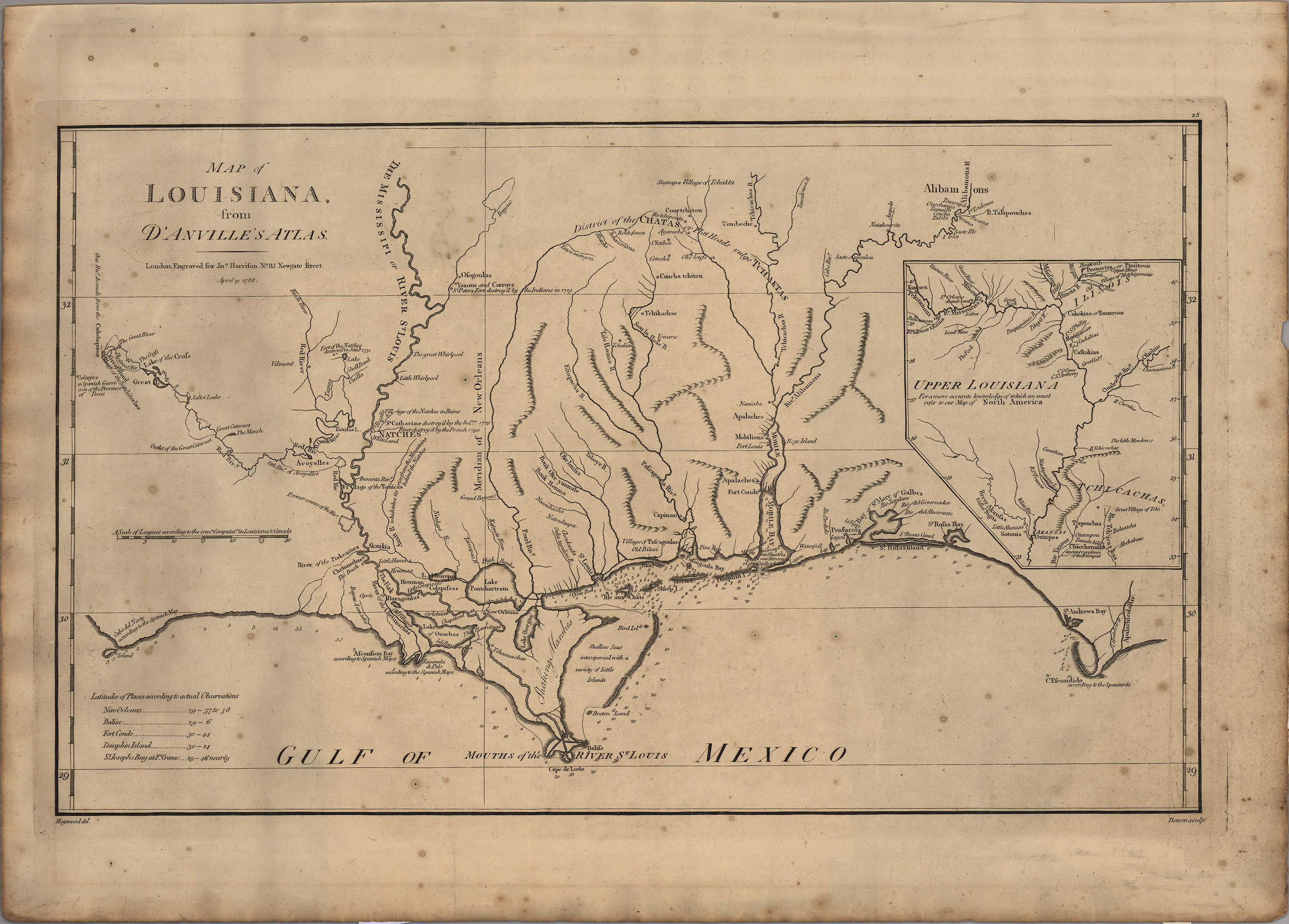 The original map by Jean Baptiste Bourguignon d’Anville was published in 1756. It clearly identifies the location of Los Adaes (Adayes), the earlier capital of Spanish Texas, which was actually located 30 miles east of the Sabine River, in the French territory of Louisiana.  For five decades, from 1721 to 1773, Los Adaes served as the capital of Spanish Texas.  Located along the eastern terminus of the El Camino Real de los Tejas, the nearest Spanish supply center was Saltillo, some 800 miles southwest of Los Adaes. It is ironic that Los Adaes, which was built to prevent any incursions by the French onto land claimed by Spain, came to rely on the French for the very survival of its 500 or so residents, due to the fact that was located only 13 miles from Natchitoches, the French fort and trade center established on the Red River in 1713.  In 1773, once San Antonio de Bejar had grown into an important military and trading center, the residents of Los Adaes were ordered to abandon their outpost and move the provincial capital to San Antonio. Los Adaes was abandoned and all but forgotten, but today, located on land owned by the state, it is an important archeological site,  since it is the only Spanish Colonial provincial capital left on earth that is essentially intact, at least from an archeological perspective.

This 1791 edition of d’Anville’s map  was printed by Jonathan Harrison in London.