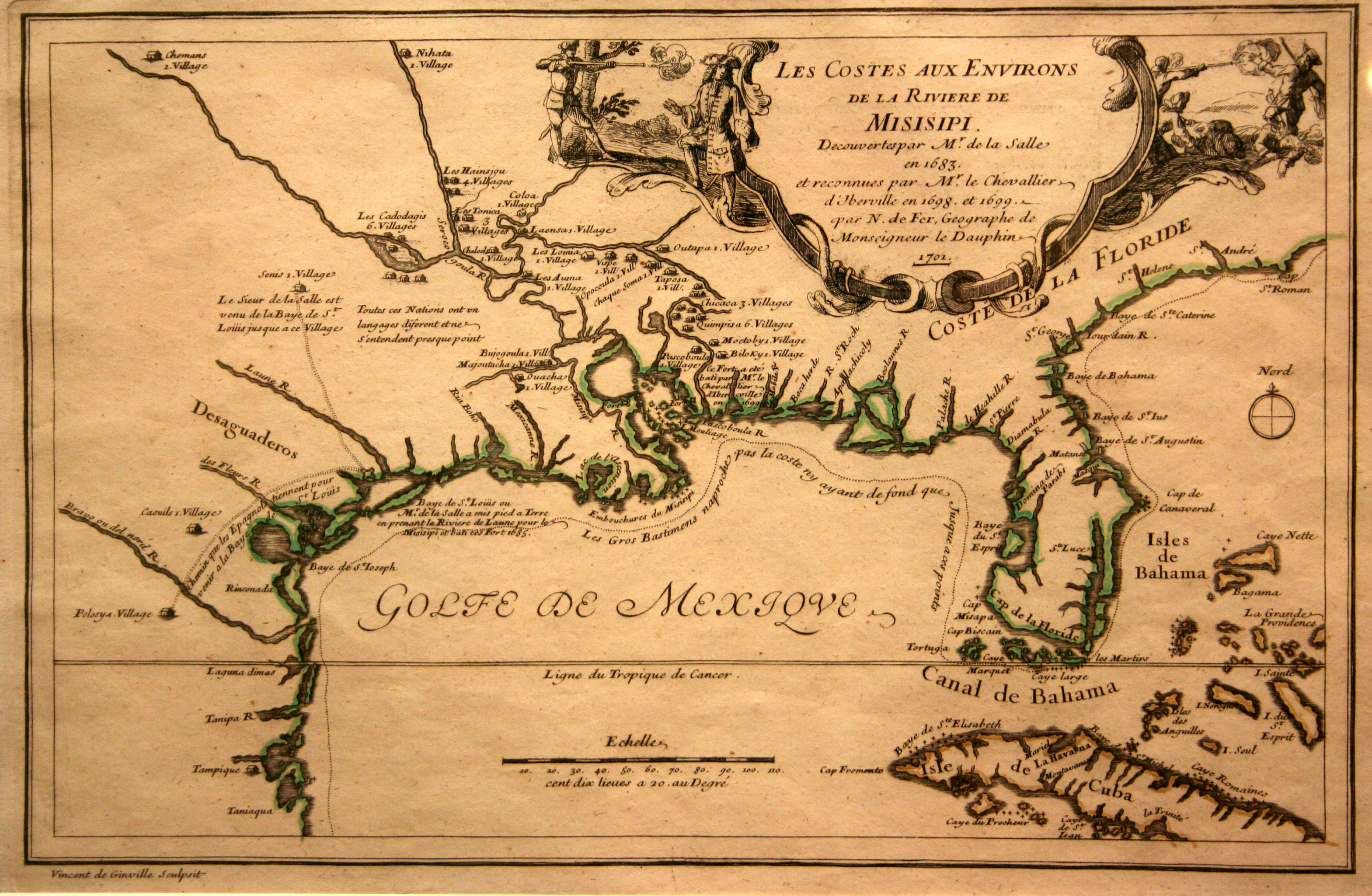 This map is based on the explorations of Pierre de La Moyne d’Iberville, the founder of Louisiana and one of the very first explorers of the Mississippi River, and Rene-Robert Cavelier, the Sieur de La Salle and the first person to travel the entire length of the Mississippi River, in 1682.  La Salle returned to the New World in 1684 and landed at the southern end of what is today Matagorda Bay, Texas, claiming the land for France and building a fort at the site, which he named Fort St. Louis in honor of French king Louis XIV. In 1866, his last ship, the Belle, was wrecked in a storm and the following year La Salle was murdered by his own men – an event which DeFer depicts in the cartouche. LaSalle’s men abandoned Texas and eventually the survivors of the LaSalle Expedition made it safely to Montreal, Canada. The brief presence of the French in Texas was a great impetus for Spain to begin building their own settlements in the area.