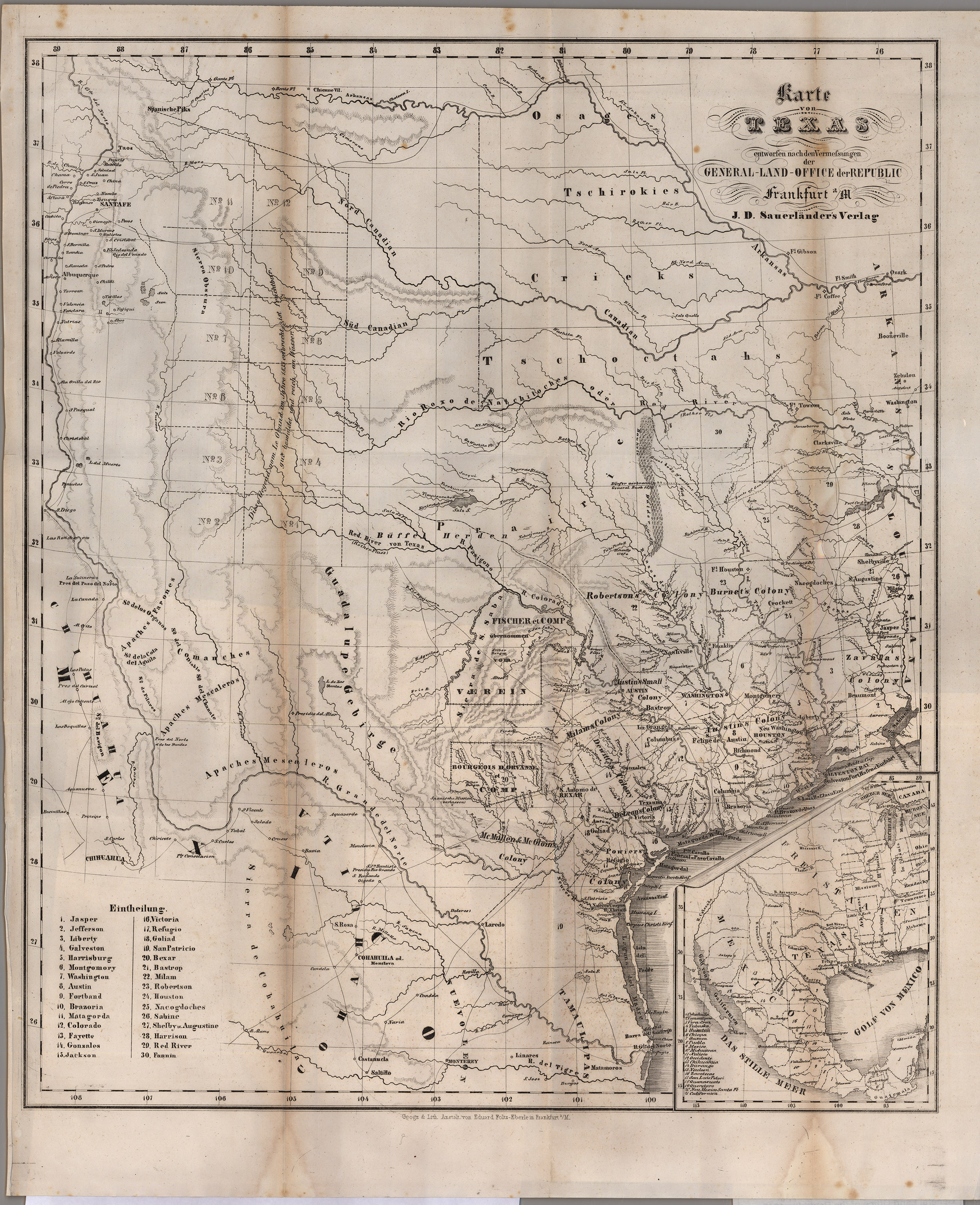 This map of the Republic of Texas shows the land grants held by the “Adelsverein,” also known as the Society for German Emigration to Texas. The map was part of an 1845 immigration guidebook issued by Prince Carl von Solms Braunfels, who had purchased a controlling interest in the Texas Colonization Contract initially issued to Henry Fisher and Burchard Miller in 1842. In the report, Prince Carl described Texans as “self-opinionated and boastful, unpleasant in their social dealings, and very dirty in their manners and habits.” That description, however, did not stop him from directing some 700 German emigrants to the lands that the Adelsverein had just purchase.