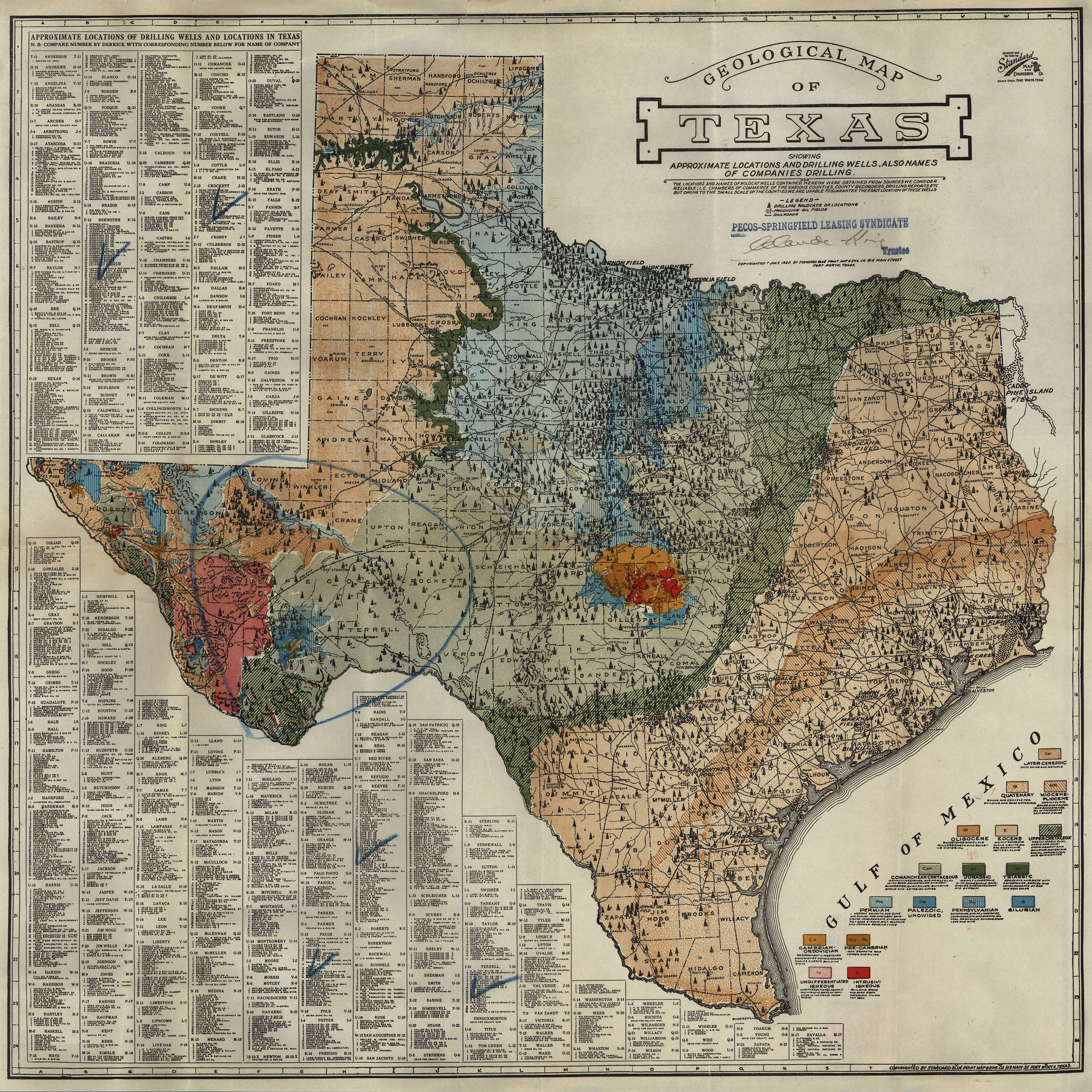 Oil in Texas was first noted by the 1543 DeSoto expedition, and commercial production began in Corsicana (Navarro County) in 1844, at around 8 barrels a day.  Texas regulated the oil industry in 1899, when production was reaching 22 barrels a day. In 1900, outside of Beaumont, Texas, the gusher at Spindletop came in, at over 100,000 barrels a day. Numerous oil companies were set up in Texas. The Texas Company, formed in 1902, became Texaco. The J. M. Guffey Petroleum Company, also established in 1902, evolved into Gulf Oil. Humble Oil and Refining became the largest of them all, and today is ExxonMobil. Edna Ferber’s novel Giant, which traces wildcatting in West Texas in the 1920s, was made into a movie that was filmed in Marfa, Texas.