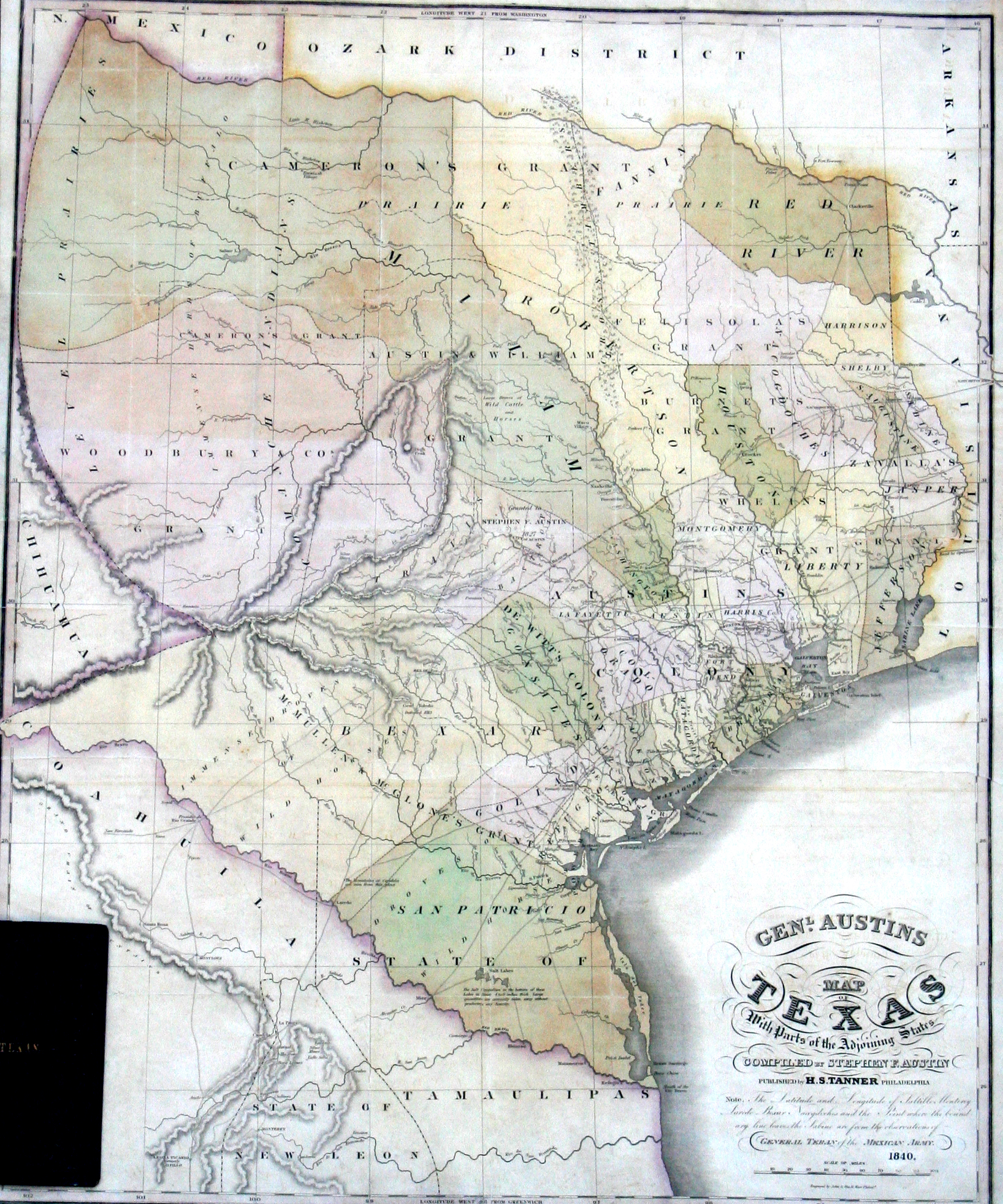 In 1820, Moses Austin secured a land grant in Texas from the government of New Spain. However, prior to bringing in any settlers, and just as Mexico was securing its independence from Spain, Moses Austin died. On 18 February 1823, his son Stephen Austin secured the same land grant from the Empire of Mexico. The following year, after Emperor Agustin de Iturbide was deposed and Mexico adopted a constitution modeled on that of the United States, Austin’s land grant was finally ratified by the Congress of the Republic of Mexico on 14 April 1824. While working to secure his land grant, Austin continually stressed the need for an accurate map of Texas. After his grant was approved, Austin spent six years gathering the information for his map of Texas, basing it on his own travel observations and the reports of others. In 1829, he sent 300 pages of his sketches, plats, and hand-drawn maps to Henry Schenk Tanner in Philadelphia, who issued his first map of the Mexican state of Texas in 1830. With Texas independence in 1836, Tanner printed up various maps of the new Republic of Texas, including this 1840 pocket map edition.