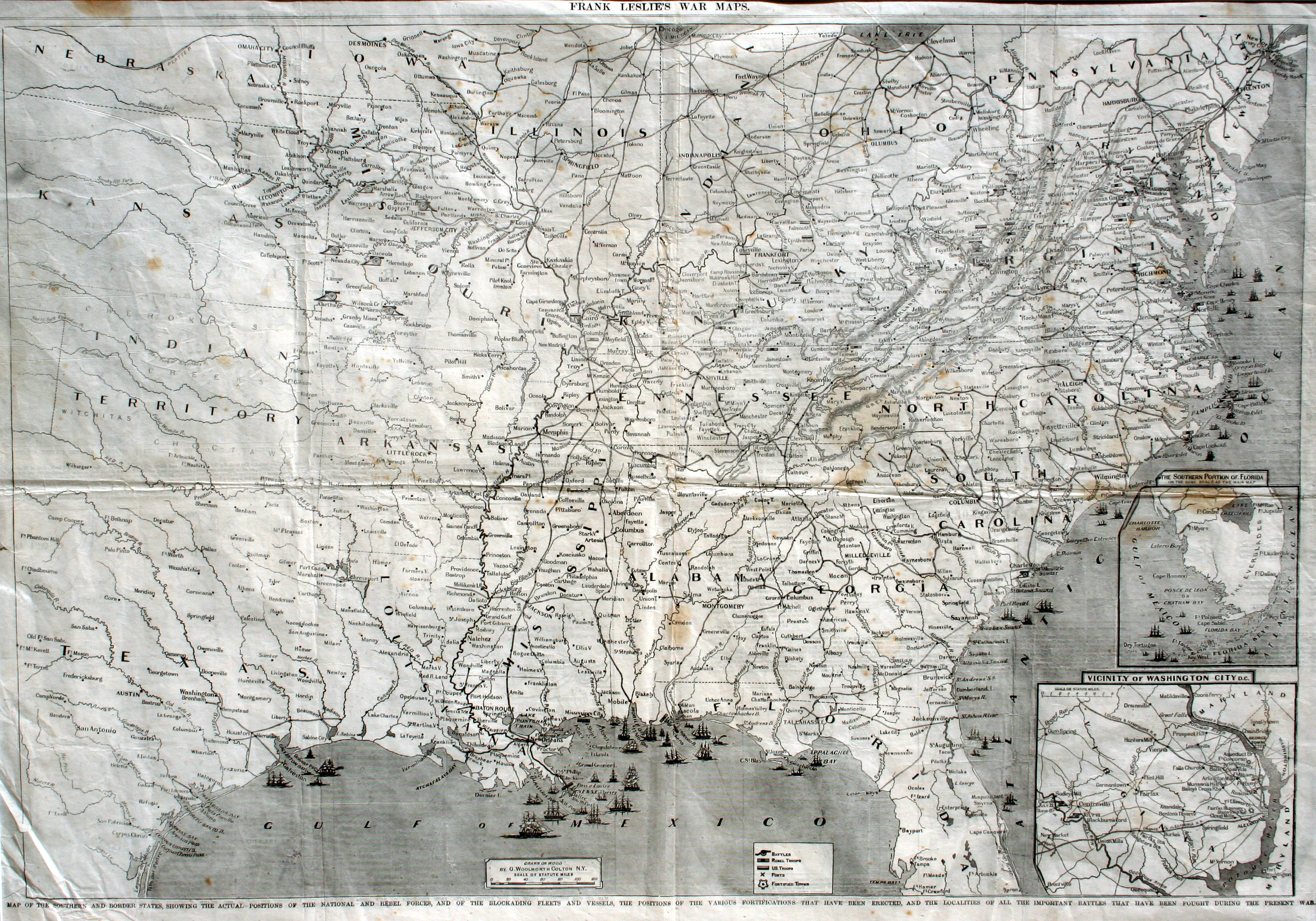 On 1 January 1863, Confederate forces under the command of General John Bankhead Magruder recaptured the city of Galveston from the Union forces which had occupied the city for the previous six months. The Battle of Galveston – the largest battle fought in Texas during the Civil War – resulted in the capture of one Union Navy ship, the Harriet Lane, and the surrender of 300 Union soldiers from the 42nd Massachusetts. However, while Galveston was once again in Confederate hands, the Union Navy maintained the blockade offshore, preventing any major goods from being shipped in or out of the port. Frank Leslie’s War Map shows the blockading fleet patrolling off of what was the largest city in Texas at the time.

Frank Leslie was the publisher of Frank Leslie’s Illustrated Newspaper, one of the most popular newspapers in the United States during the last half of the 19th Century. Illustrations made by Leslie and his artists during the Civil War are important historical documents today. When Frank Leslie died in 1880, his wife Miriam legally had her first name changed to Frank and continued to operate the business until 1902.

George Woolworth Colton was the son of prominent American cartographer Joseph H. Colton. In 1850, G.W. and his brother Charles took over the Colton mapping firm and operated the business until 1892. They produced numerous Civil War maps and atlases, including this one printed by Leslie.