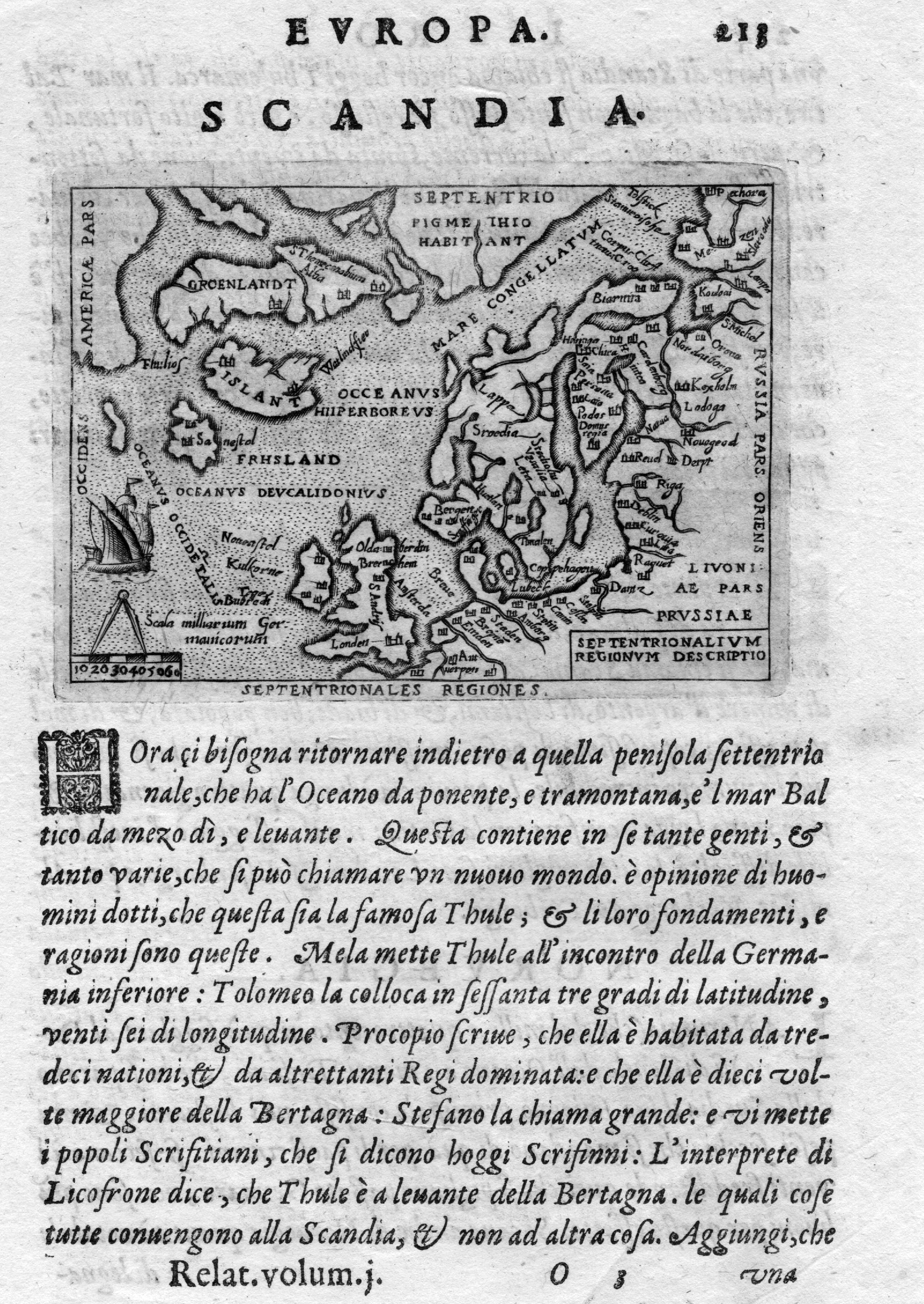 Italian cartographer and astronomer Giovanni Antonio Magini printed this map of Europe in his 1596 update of Ptolemy’s Geographia atlas. Magini based his map on the 1570 maps by Abraham Ortelius and a publication by Nicolo Zeno, who wrote a  popular – and most likely fictional – account describing an ancestor’s travels in the North Atlantic, from Scotland to Greenland and possibly even North America, in the 14th Century. While the veracity of Zeno’s account is very questionable, there is no doubt that his story had a major impact on cartography of the North Atlantic over the next century.  Notice the two Greenlands, one just above the other, and the imaginary island of Frisland, along with many other phantom islands in the North Sea. The North Pole notation of Pigmet hic Habitant indicates that pygmies lived there.