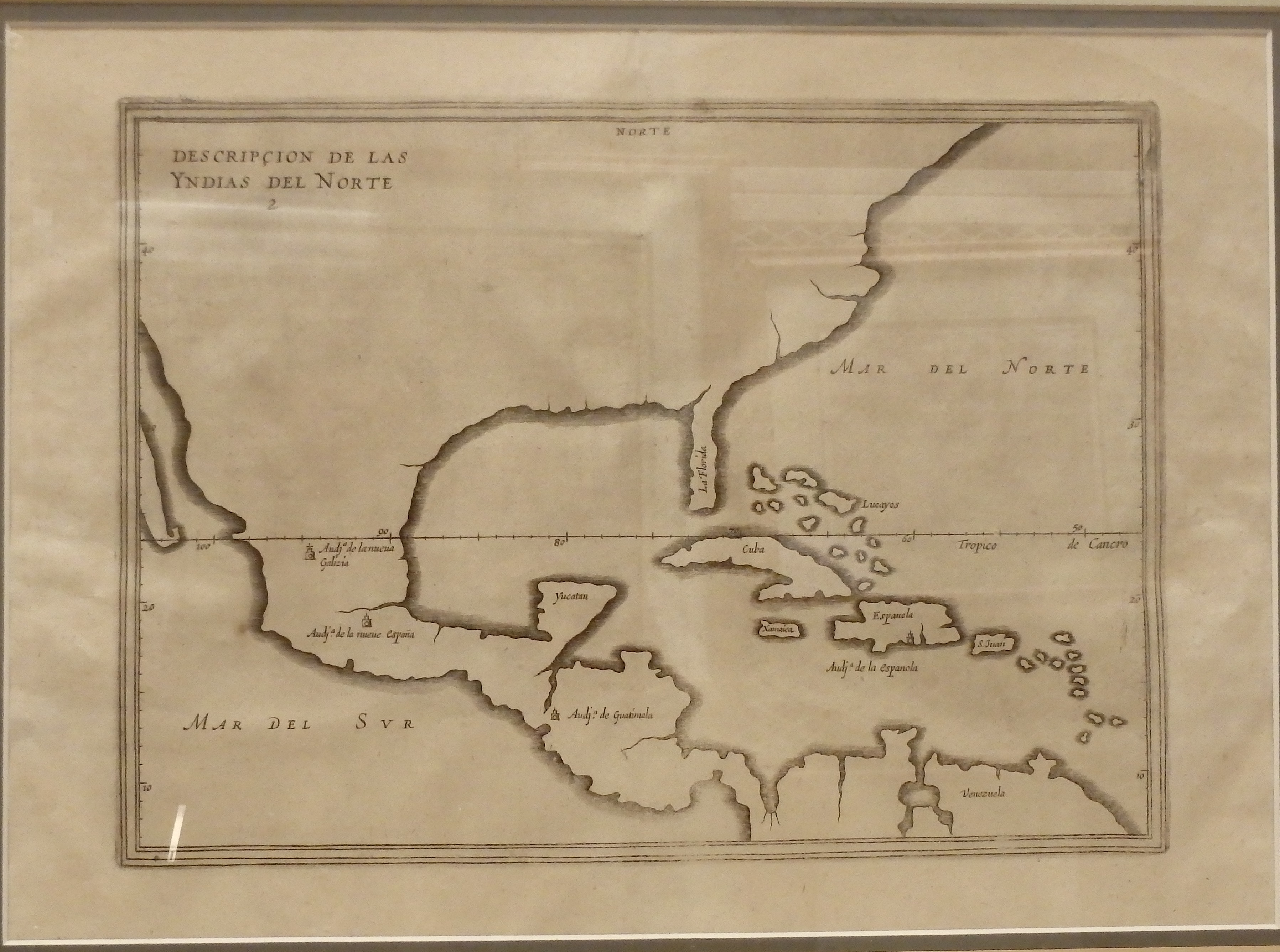 Antonio de Herrera was the historiographer and cartographer for King Phillip II of Spain, and this outline map of portions of America and the Caribbean was especially prepared by him for Spanish sea captains, to record any discoveries of wealth and other information on and then bring it back to the Crown. If the Spanish ship was in danger of being capture by any enemy ships, the first thing the captain of the Spanish ship was supposed to do was to destroy the map.