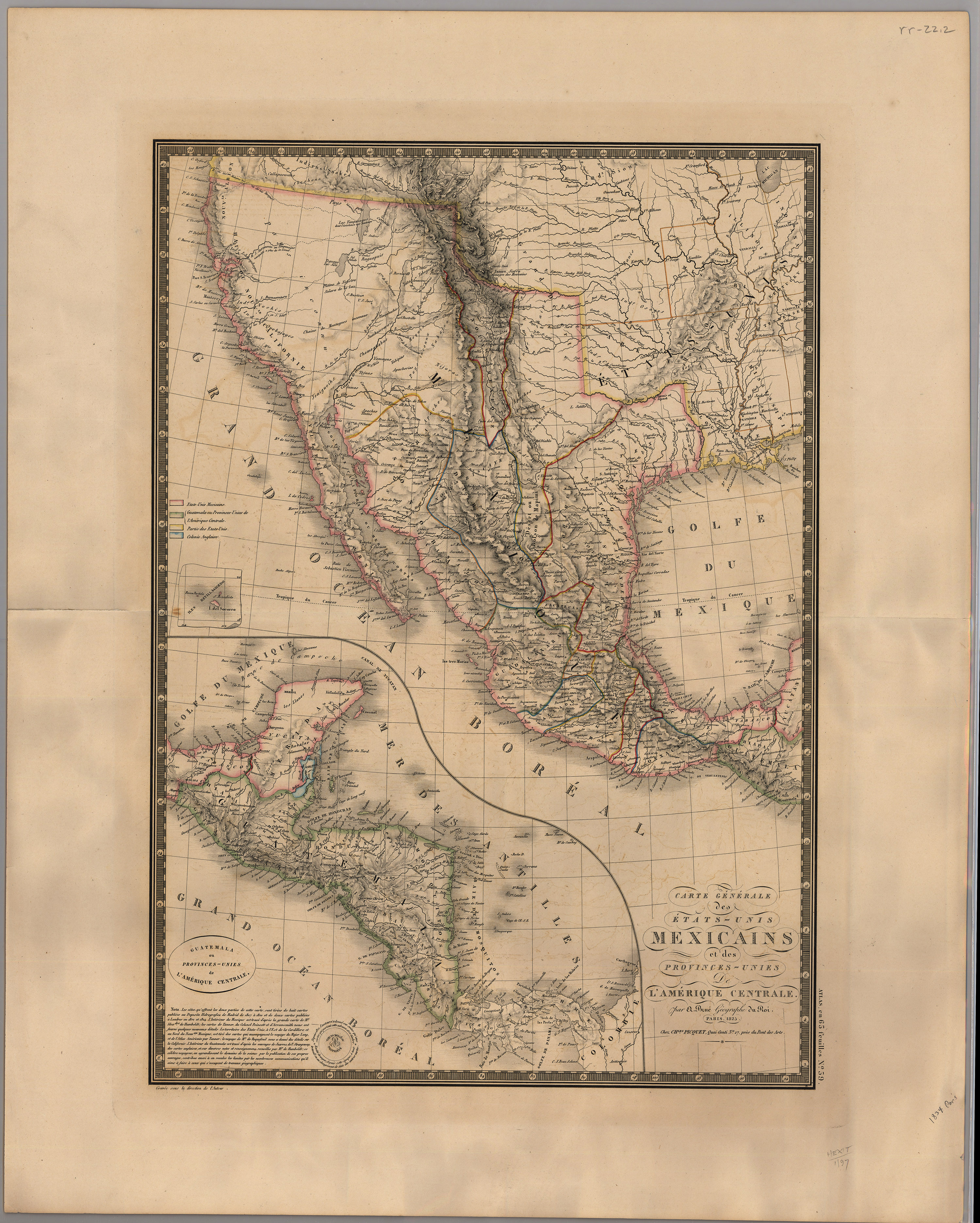 This is the first major map of Mexico following its independence from Spain on 24 August 1821.  It was published in Paris by Charles Picquet in his Atlas Universel de Geographie, Psysique, Politique et Historique, Ancienne et Moderne, after he acquired all of Brue’s plates after Brue passed away. This map is from the 1835 edition. Texas is a province of Mexico, and northwest Mexico, from California to Oregon, is described as an “unknown country.”