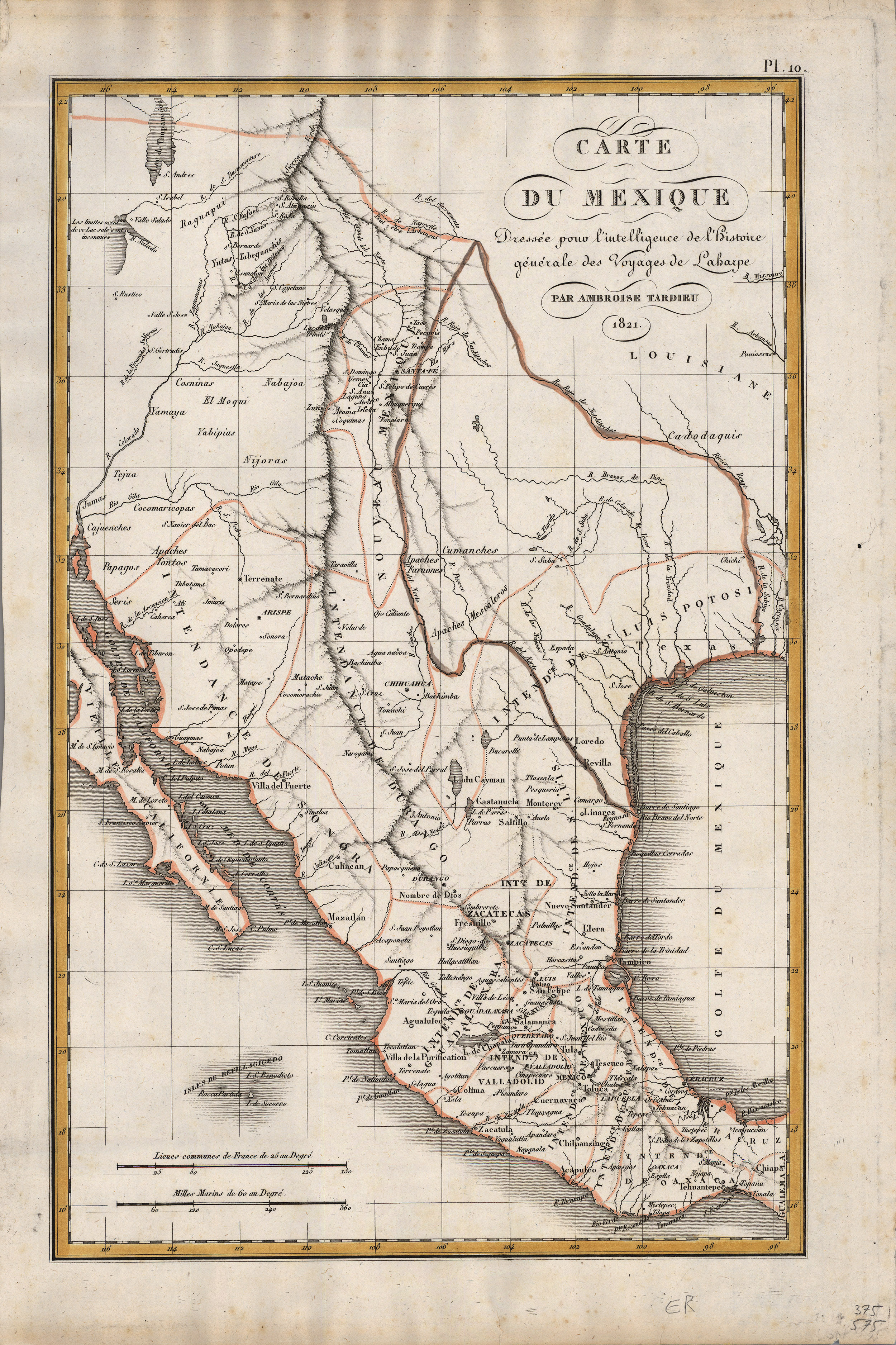 Fine Humboldt-inspired map of Mexico, in the midst of its struggle for Independence from Spain, published the same year as Moses Austin obtained his first grant from the Spanish authorities to settle 300 familes in what would become the Republic of Texas. It is one of the most detailed maps of the western portion of North and Central America up that time. Note that it includes not only the Great Salt Lake but also a mythical lake to its south. Dozens of Native American tribes are shown. Texas is shown as being part of the Intendencia de San Luis Potosi.

Ambroise Tardieu (1788-1841) was the most prominent French cartographer and engraver during the first half of the 19th century, and famous for printing some of the most popular atlases of the day.