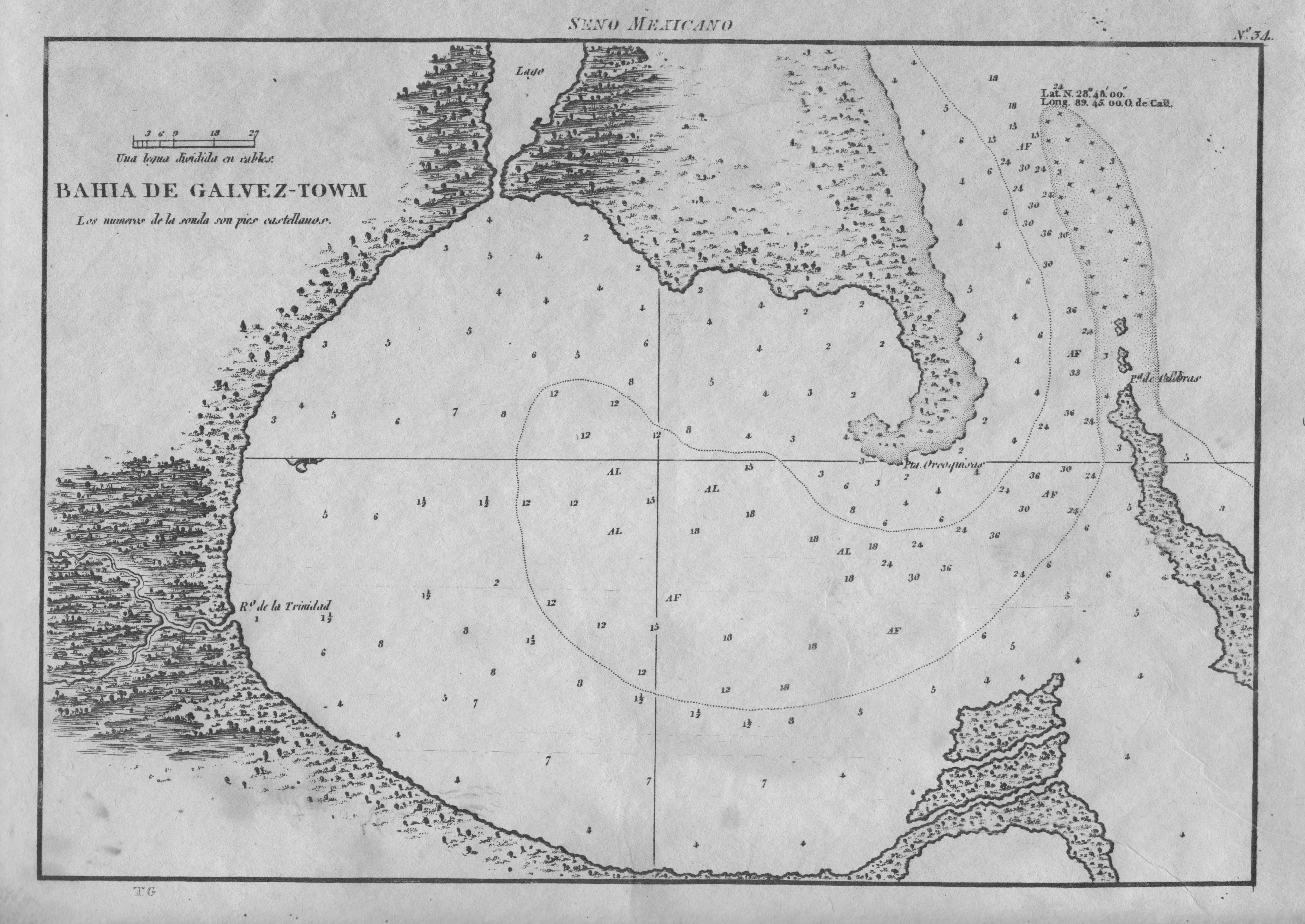 Spanish naval chart, and the first map devoted specifically to Galveston Bay.  It is based on Jose de Evia’s 1783-86 survey of the coast of New Spain. It was during this survey that the bay was named in honor of Bernardo de Galvez, the Viceroy of New Spain from 1785 to 1786. Galvez had helped the American’s defeat the British forces in the Gulf of Mexico and the Caribbean during the American Revolution, and was a hero in the eyes of George Washington. But now the Spanish crown was afraid that Galvez might be sympathetic to Mexican independence from Spain, and so when he died in Mexico City on 30 November 1786, at the age of 40, rumors were that he had been poisoned by his enemies with the approval of the King.