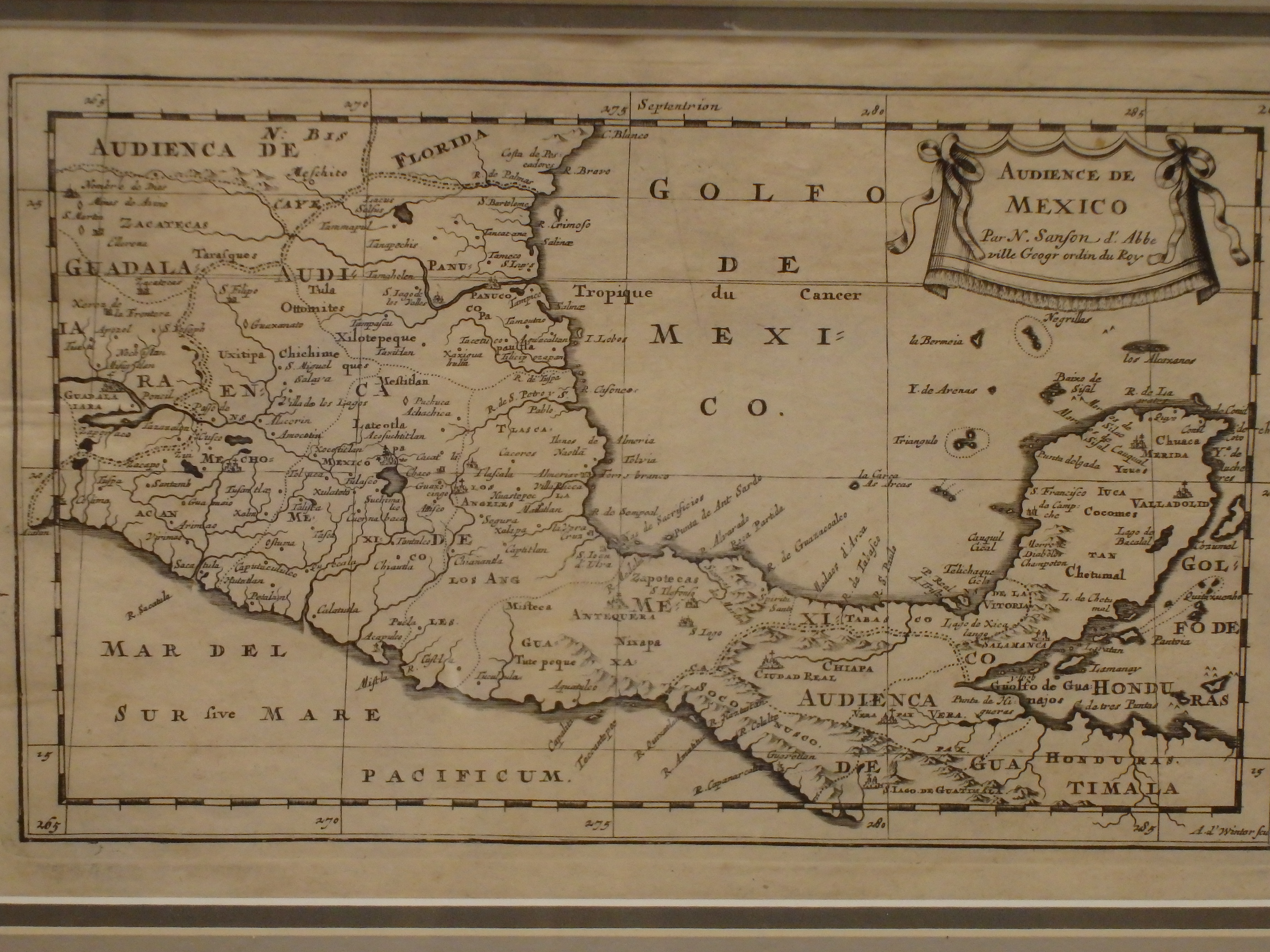 One of the earliest regional maps of Mexico, including the Yucatan and part of Central America.  From the 1662 edition of Sanson’s L’Amerique en Plusieurs Cartes Nouvelles… the third atlas to focus solely upon America.

Nicholas Sanson (1600-1667) is considered the father of French cartography in its golden age from the mid-seventeenth century to the mid-eighteenth. Over the course of his career he produced over 300 maps. His success can be chalked up to his geographic and research skills, but also to his partnership with Pierre Mariette. Previously, Sanson had worked primarily with the publisher Melchior Tavernier. Mariette purchased Tavernier’s business in 1644. Sanson worked with Mariette until 1657, when the latter died. Mariette’s son, also Pierre, helped to publish the Cartes générales de toutes les parties du monde.