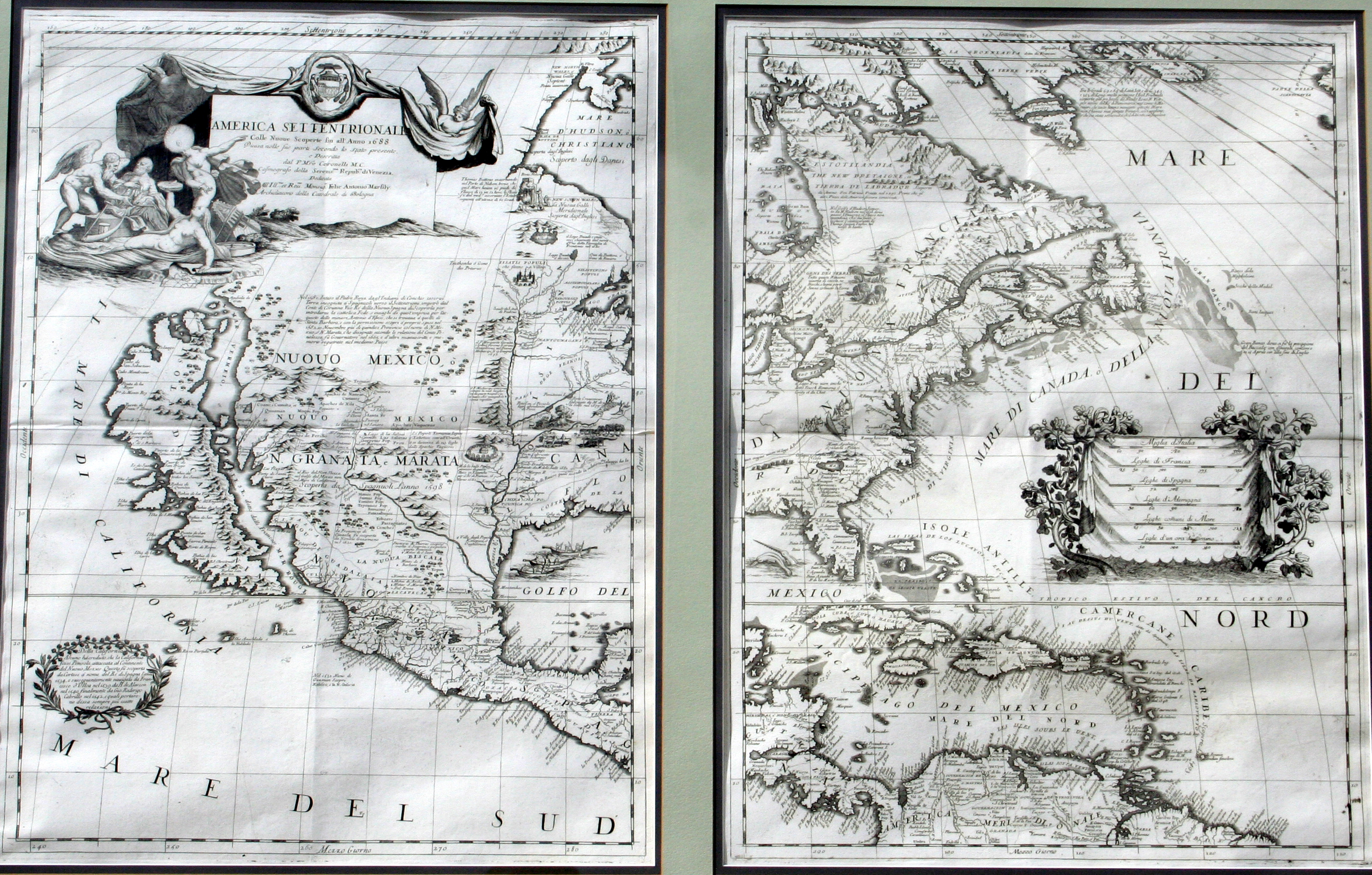 This was one of the most influential maps of North America published in the late 17th Century. Coronelli was a Franciscan monk who trained as a cartographer for the Republic of Venice. In 1681, he was commissioned by King Louis XIV in 1681 to produce two globes, one celestial and one terrestrial. This map by Coronelli was made a few years later and is cartographically identical to his more famous globe. While the Great Lakes and the Atlantic coastline are mapped fairly accurately, there are a couple of notable errors on this map. Based on what might have been an intentional navigational error by French explorer Rene Robert Cavelier, the Sieur de La Salle, who landed in Texas and claimed it for France in 1685, Coronelli placed the Mississippi River about 600 miles west of its actual location. And note the “island” of California – for almost a century, until the Gulf of California was finally explored, it was not known if California itself was an island or a peninsula.