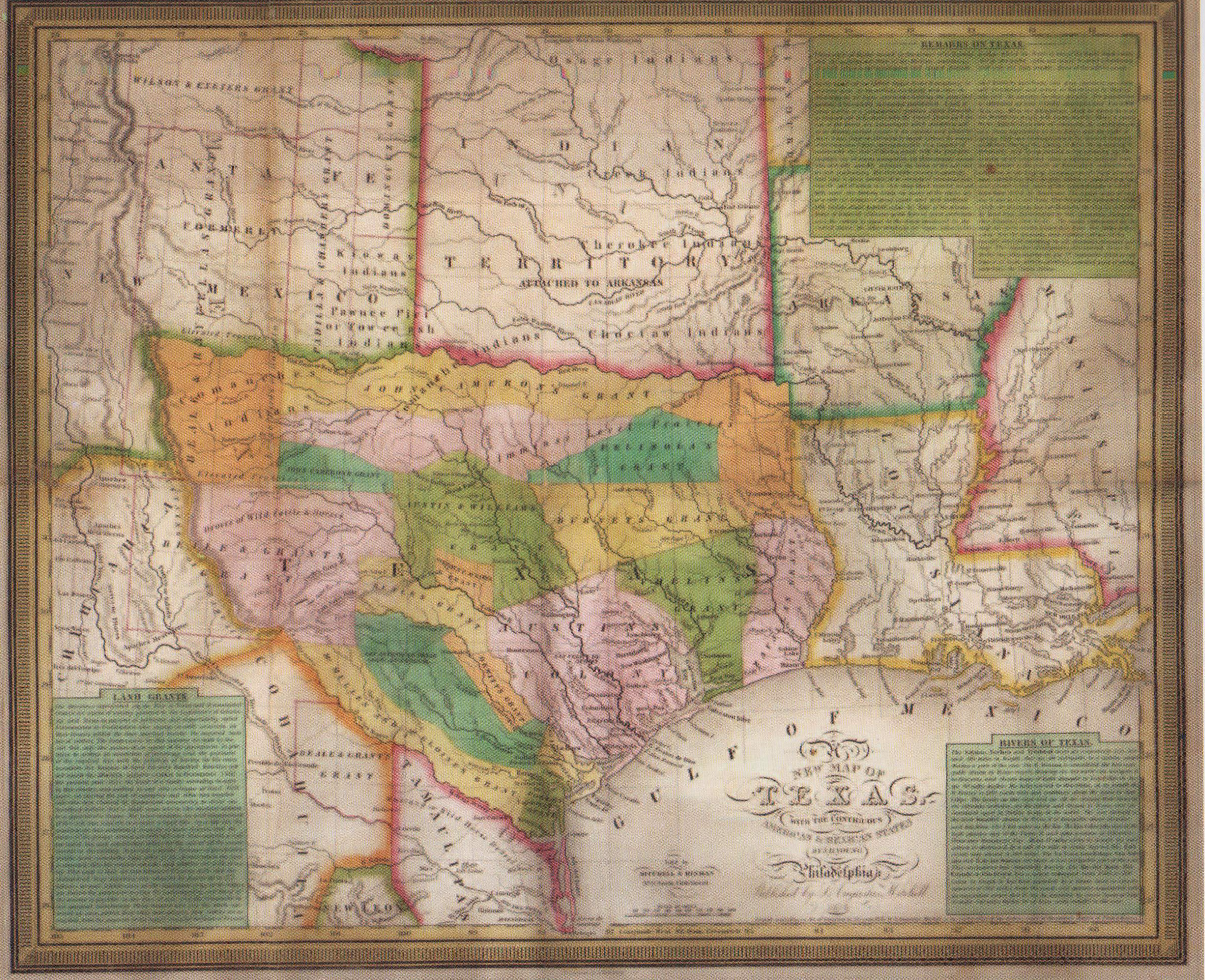 One of the most influential of the Republic of Texas maps, just predating the revolution by months. This map was ultimately produced in eight editions, all the way through statehood. It shows Mexican land grants to encourage American settlement of Texas. The western border extends only to the Nueces River. Land north of the Red River is described as “Santa Fe formerly New Mexico,” resulting in a so-called “strawberry-shaped” Texas. In the remarks section, Texas is described as the “finest stock country in the world.” Politically, Young predicts that when the population reaches “50,000, the people will endeavor to obtain a government separate from that of Coahuila and to establish their own legislature at San Felipe with representatives to the Mexican Congress.”