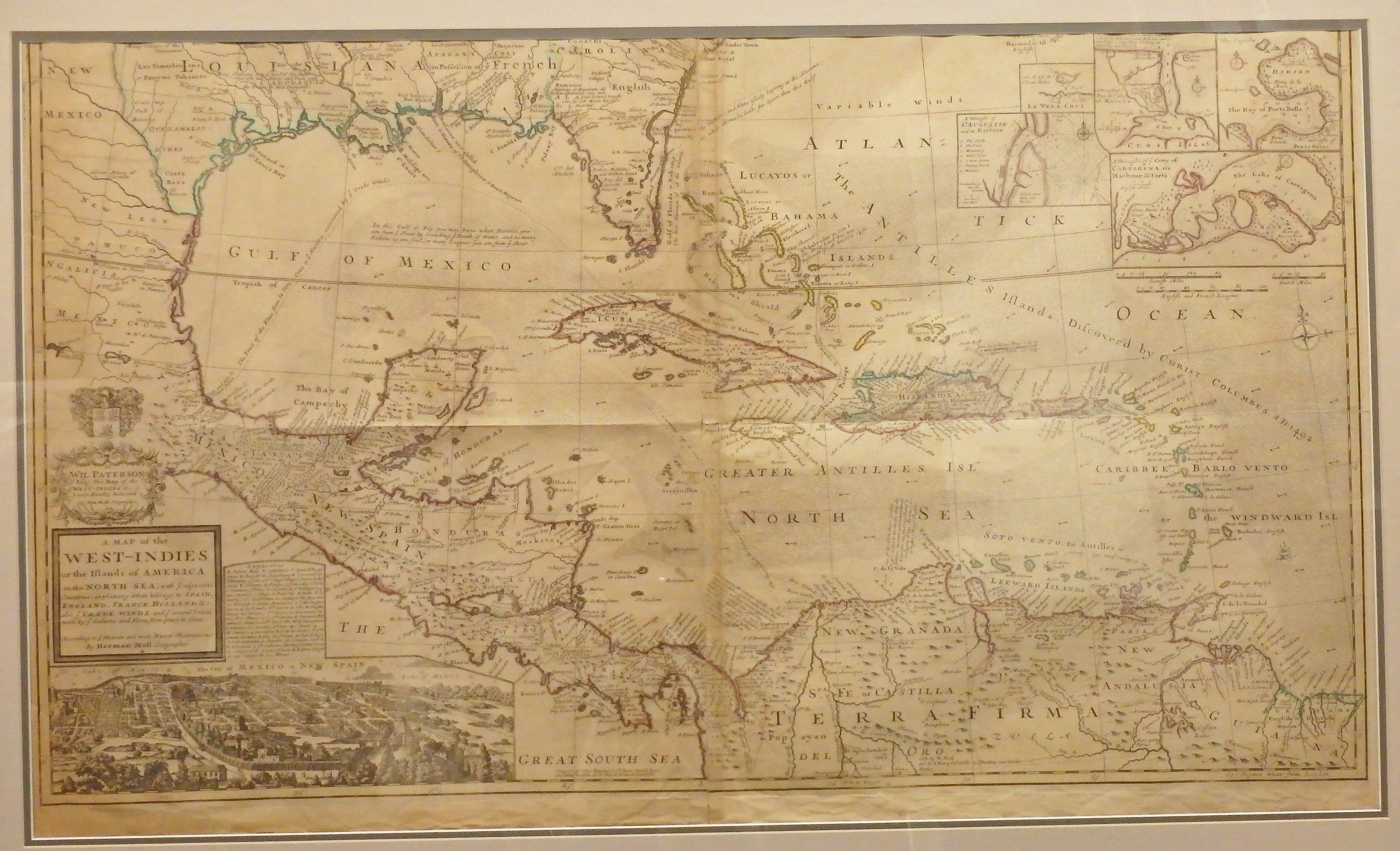 One of the most remarkable maps of the West Indies to appear in the 18th Century. In addition to showing the Gulf Stream, Moll identified shipping routes, Spanish forts, and Indian tribes, with many notes providing more descriptive information. His rendering of Mexico City is the first to show what was by then the largest city in the Americas. Texas is noted for its great number of “beeves,” which were wild cattle that would later evolve into the Texas longhorn.  The map was printed on two sheets and then joined together by the publisher.

Moll was a German immigrant to England and his cartography reflects his passion for his adopted country. Some of his friends included writers Daniel Defoe (Robinson Crusoe) and Jonathan Swift (Gulliver’s Travels).