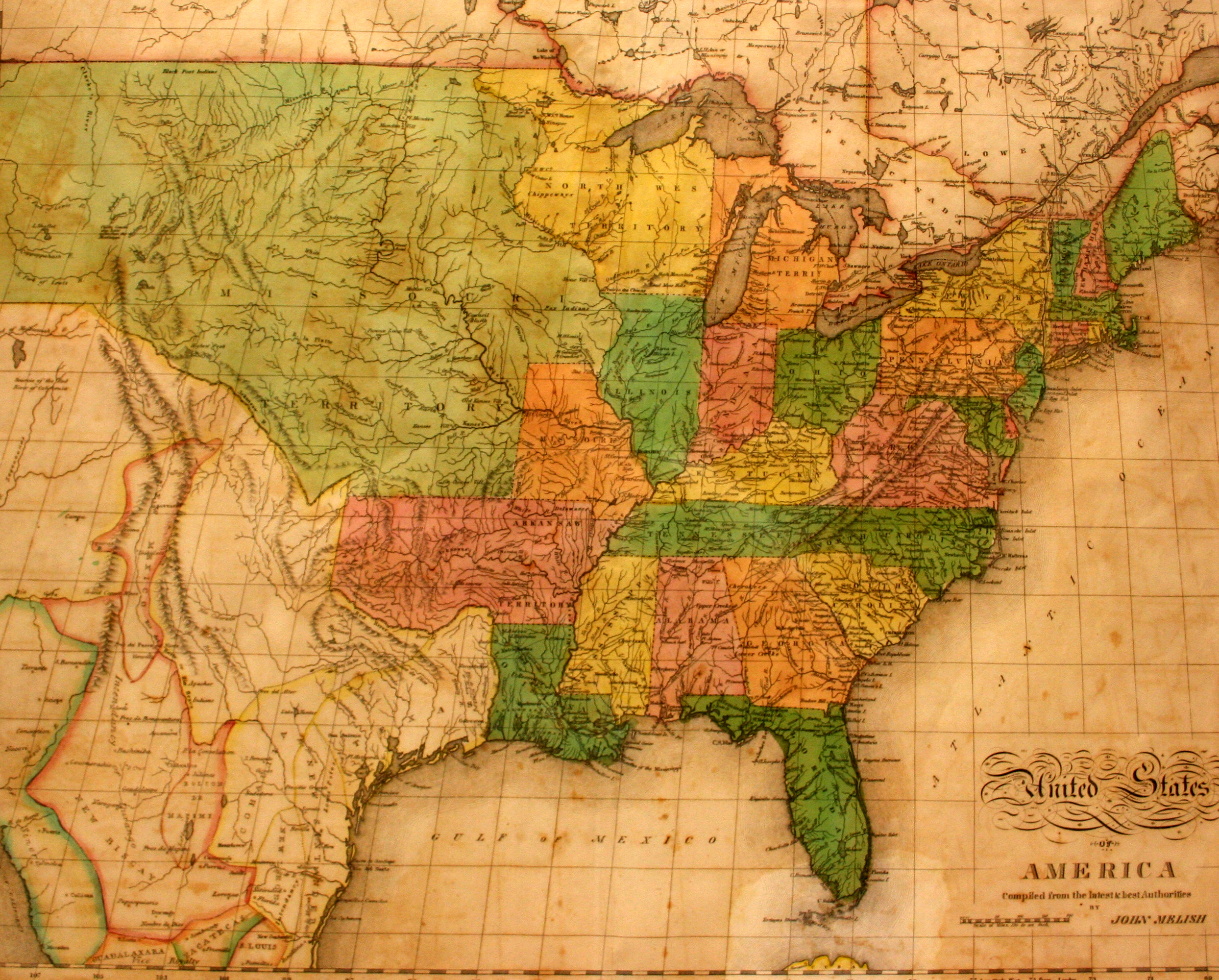 This is the first map in the collection at the Museum of the Big Bend to show Texas as a state of the Republic of Mexico, following Mexican independence from Mexico in 1821. Texas is shown as its own state, separate from the states of Coahuila and New Santander. The only towns shown in Texas are San Antonio, Nacogdoches, and Galveston. Galveston, which had been founded by pirate Jean Lafitte just five years before this map was published, is incorrectly shown as being inland by Melish.

Born in Scotland in 1771, John Melish was apprenticed to a Glasgow cotton merchant and traveled to the United States four times before finally moving and settling in Philadelphia in 1811. Unsatisfied with the maps that he had used during his travels, Melish started his own printing business in 1812, focusing on travel guides to each of the states in the United States. He came to dominate the cartography business in the nation for the next decade, thus becoming the first full-time American cartographer. A couple of his engravers were Benjamin and Henry Tanner, who founded their own map-printing firm in 1819.