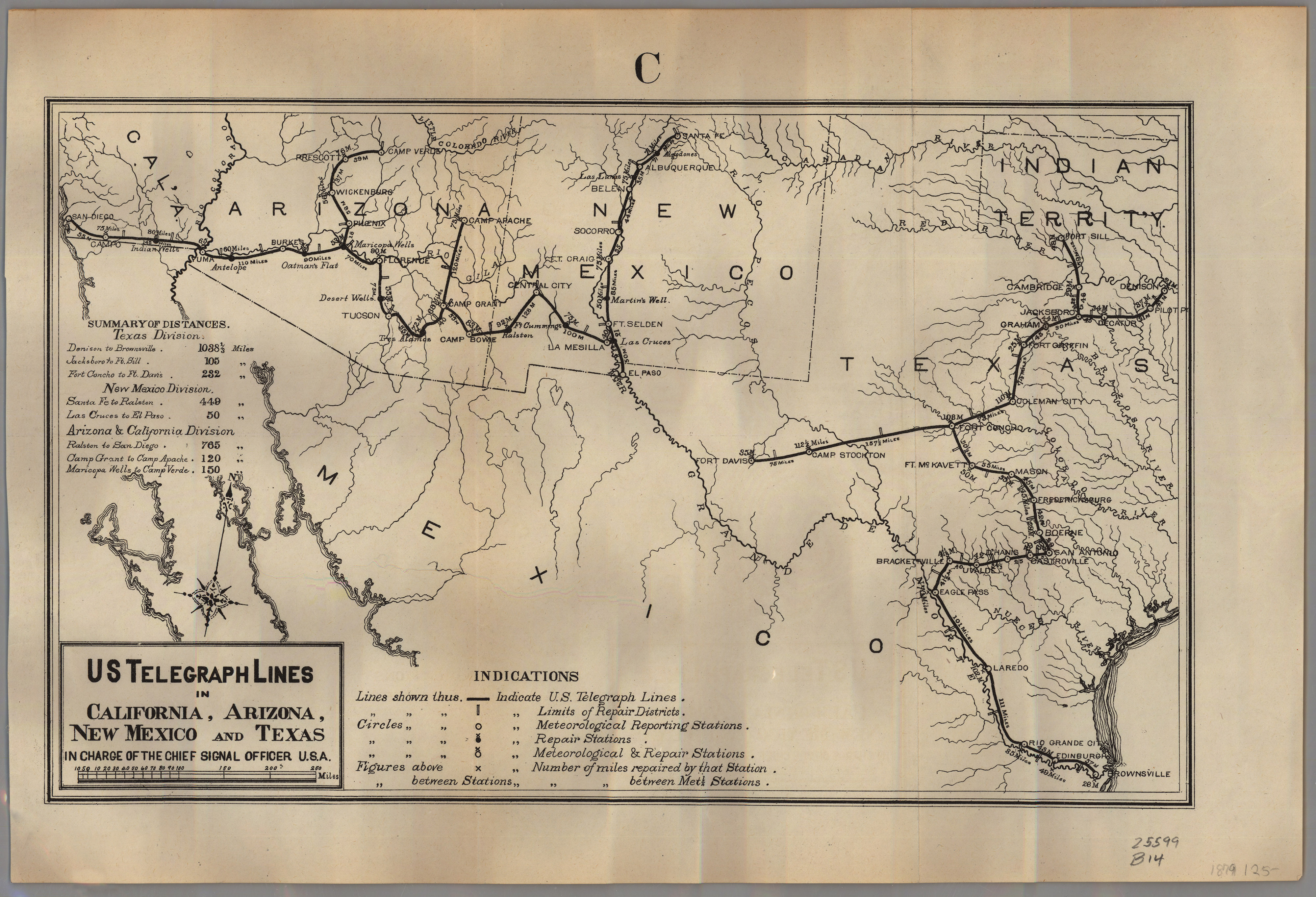 The U.S. Army Signal Corps was given responsibility for putting in military telegraph lines connecting Army bases in 1867, and by 1879, were operating over 4,000 miles of lines in the American West. Note that the line connecting Fort Davis, Texas with El Paso, Texas has not been completed. The military telegraph system was completely separate from the commercial telegraph lines. The first civilian telegraph line in Texas opened in Marshall in 1854, with connections to New Orleans, and that line was extended to Houston, Galveston before the Civil War started. Western Union Telegraph Company began operations in Texas in 1866, and by 1874 they controlled 90% of the state’s civilian telegraph lines.