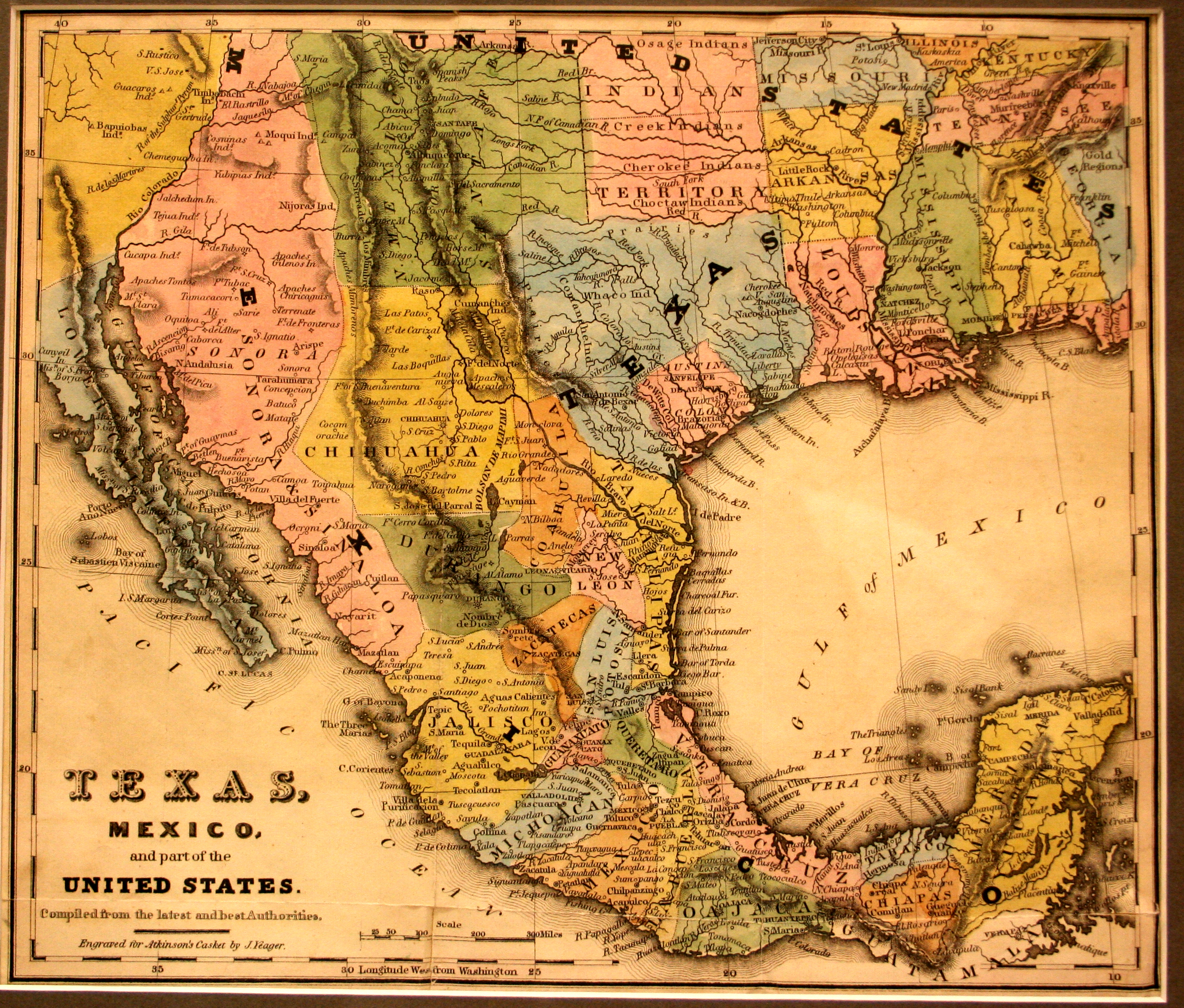 On the 2nd of March, 1836, along the banks of Brazos River, as Santa Anna was laying siege to the Alamo, Sam Houston and other Texians declared the independent Republic of Texas. The citizens of the United States were closely following the developments taking place along its southwest border, and Philadelphia-based printer Joseph Yeager responded to that fascination by printing this map in his monthly magazine,  Atkinson’s Casket: Flowers of Literature, Wit and Sentiment. The most popular monthly magazine of the day, this map was published in the centerfold as the primary color illustration for the March 1836 edition – directly across from an advertisement for the latest in ladies fashions. This map shows the Texas/Mexico border at the Rio Nueces, the traditional boundary between the Mexican states of Texas and Tamaulipas, even though Texas claimed the Rio Grande as the border.