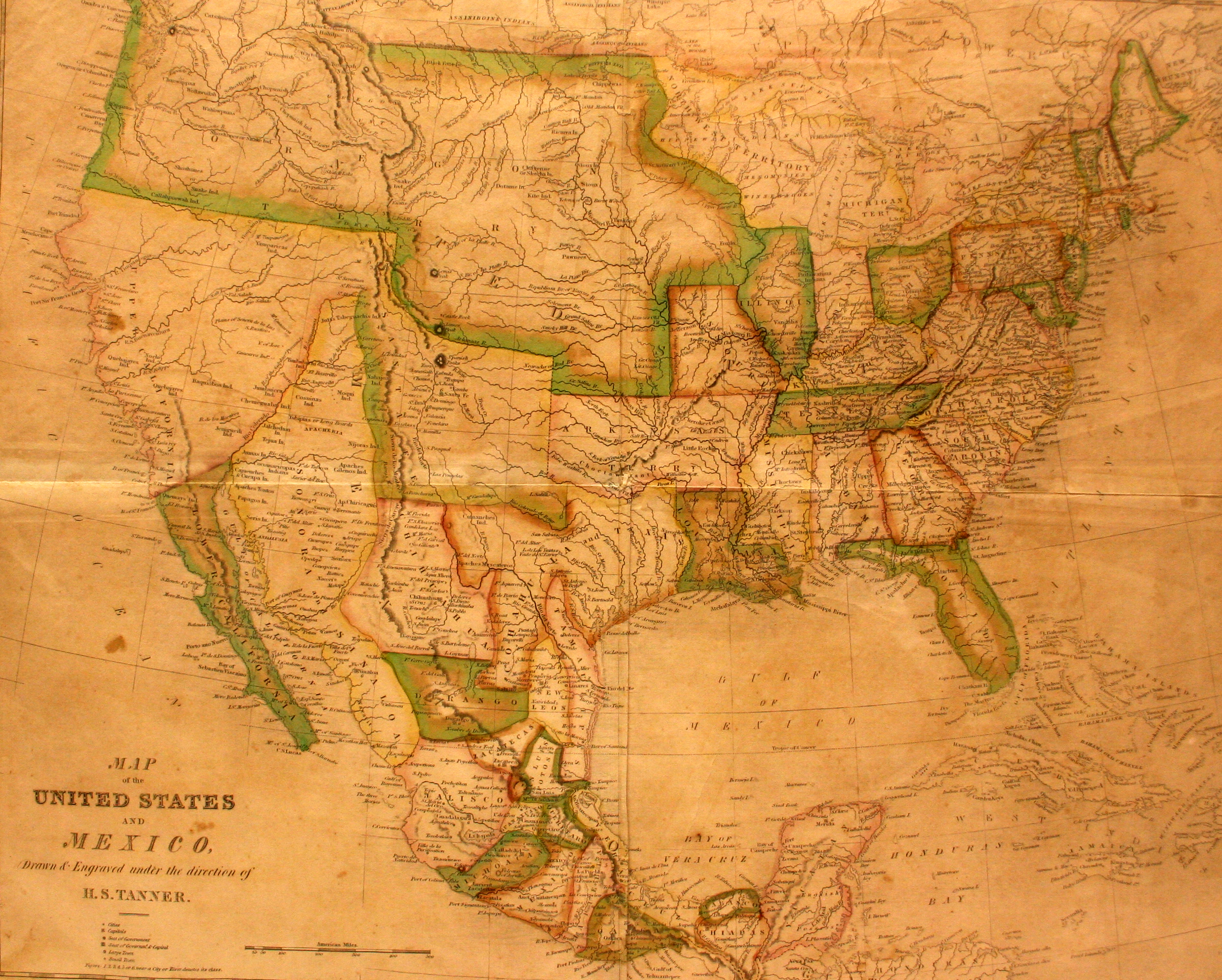 In 1824, Mexico passed a new constitution which combined the two states of Texas and Coahuila, and this is the first major map to show the new combined state. The Constitution of 1824 also formally authorized the “empresario” land grant system, which granted land to entrepreneurs like Stephen F. Austin who would, in turn, bring in settlers to farm and develop the land. These settlers, who mostly came from the United States, had to renounce their American citizenship and become citizens of Mexico.  In order to encourage trade with the rest of Mexico, the capital of the new combined state was located at its southern tip, in Saltillo. However, the physical distances involved – it was almost a thousand miles from Galveston to Saltillo –  led to Austin and other settlers to establish economic ties with New Orleans, which was reachable by water from Galveston and was only 300 miles away.

Henry S. Tanner was born in NYC in 1786. Apprenticed in the engraving business, he and his brother Benjamin moved to Philadelphia, the headquarters of the printing industry in the United States, where they worked for John Melish until founding their own printing firm in 1819. For the next 40 years, Henry became widely recognized as one of the foremost mapmakers in America – a period which is often referred to as the “Golden Age of American Cartography.”