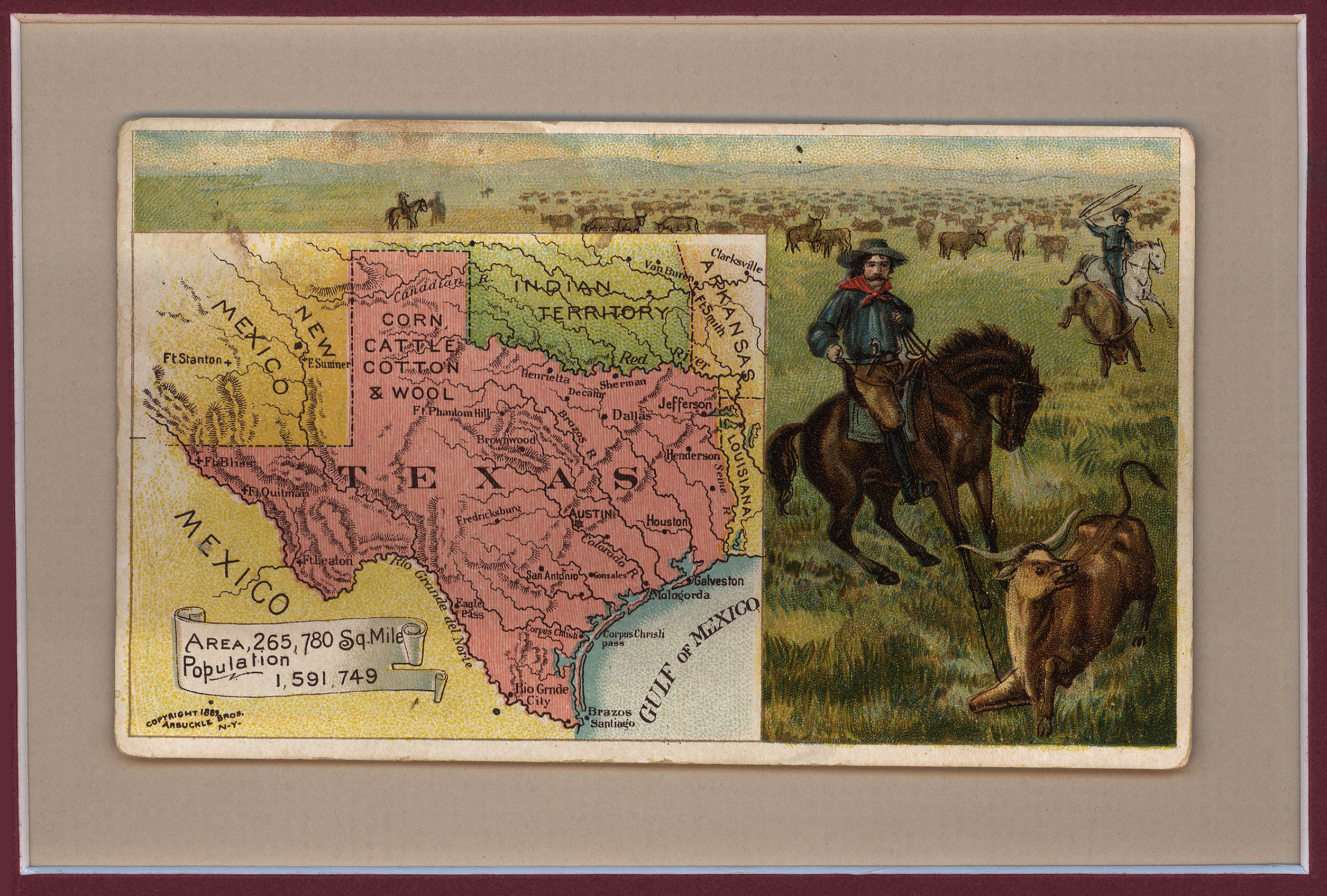 Pittsburgh grocers John and Charles Arbuckle patented a method for roasting coffee involving coating beans with a glaze of egg and sugar to seal in the flavor. They marked their popular product under the name “Arbuckles’ Ariosa coffee.” The one-pound airtight packages became the standard on cattle drives. The coffee was freighted to ranches in wooden crates containing one hundred packages. Each crate included an assortment of coupons redeemable for notions that varied from straight razors to cowboy wedding rings. Also included were peppermint candy and collectible trading cards. These series included cards with sports, food, historic scenes, and one of the most popular, maps. The latter cards included not only a map, but also small illustrations describing the population, industry, scenery and other details of the region depicted.