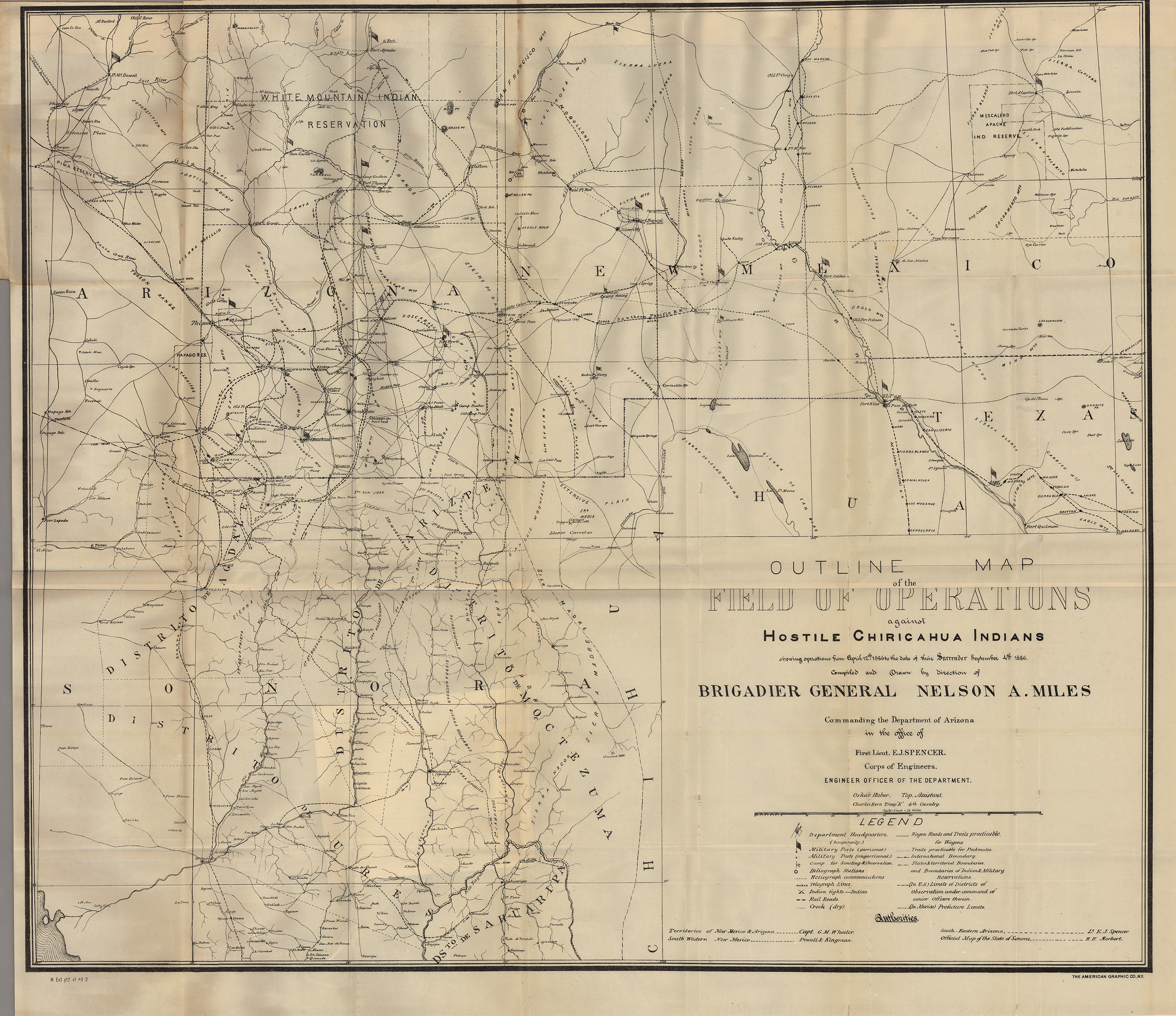 During the Civil War, Nelson Appleton Miles of Massachusetts displayed remarkable leadership in the field, won the Medal of Honor, and rose to the rank of Major General. Following the war, he was commissioned a Colonel in the new regular Army and was posted to the western frontier, where his successful campaigns against the Indians in the Texas Panhandle led to the end of the Indian Wars in Texas and to his promotion to Brigadier General and command of the Department of Arizona in 1886. General Miles accepted Geronimo’s surrender at Skelton Canyon in September of that year.  He retired as a Lieutenant General in 1903, following service in the Spanish-American War, the Philippine Insurrection, and the Boxer Rebellion.