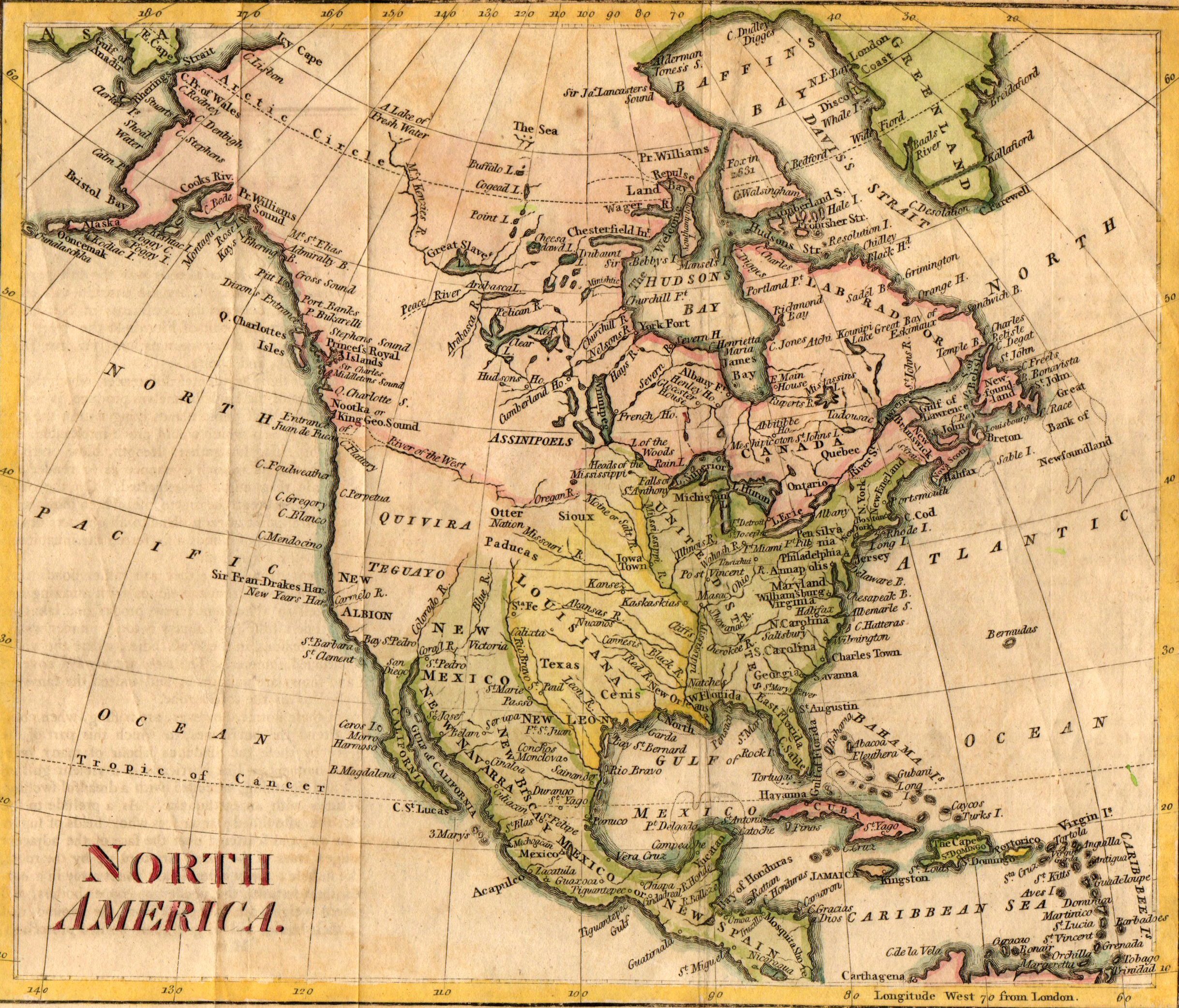 This is the first map to use the current spelling of TEXAS. Note that it shows Texas as part of Louisiana; when the Treaty of Paris was signed in 1763, ending the Seven Years War (aka French and Indian War), France gave up their claims to both Canada and Louisiana. Canada became part of Great Britain, and Louisiana was transferred to the Spanish Empire. Texas thus was part of Spanish-controlled Louisiana until Napoleon came to power in France and “persuaded” Spain to return it to France in 1800. Note that the Big Bend region is still unknown and unmapped.

Thomas Kitchin was a London-based cartographer and engraver who specialized in maps of Europe.  At various times, he held the titles of “Senior Engraver to His Highness the Duke of York” and “Senior Hydrographer to his Majesty The King.”