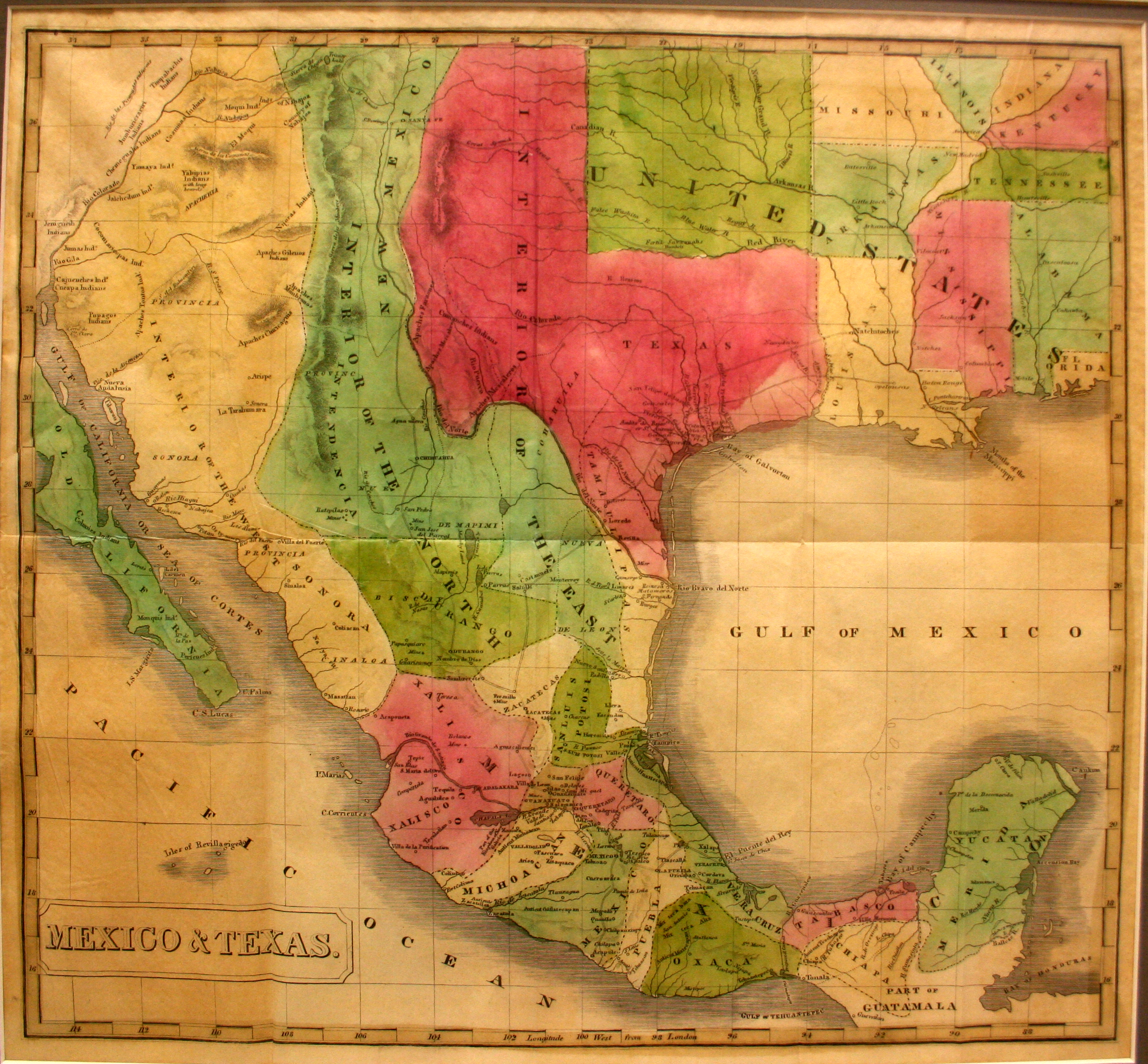 This 1837 map shows the Republic of Texas extending all the way to the Rio Grande and north to the 42nd parallel, as claimed by Texas and agreed to by Santa Anna in the Treaty of Velasco. However, the Congress of the Republic of Mexico refused to ratify the treaty, for it would have meant recognizing an independent Texas. This border dispute created tensions among all three of the nations involved: Texas, Mexico, and the United States, and it would not be resolved for another decade, following the US-Mexico War (1846-48).

John Milton Niles was an example of a Renaissance man. Born in Windsor, Connecticut, in 1787, Niles was a lawyer, editor, author, and politician. Following his graduation from Harvard University, he practiced law in Hartford, Connecticut, while at the same time serving as the editor and chief writer for the Hartford Weekly Times for 30 years. He served one term in the Connecticut House of Representatives, was elected twice to the U.S. Senate, and served as the Postmaster General of the United States under President Martin Van Buren. Niles wrote four books, including the two-volume History of South America and Mexico, in which he included this map.