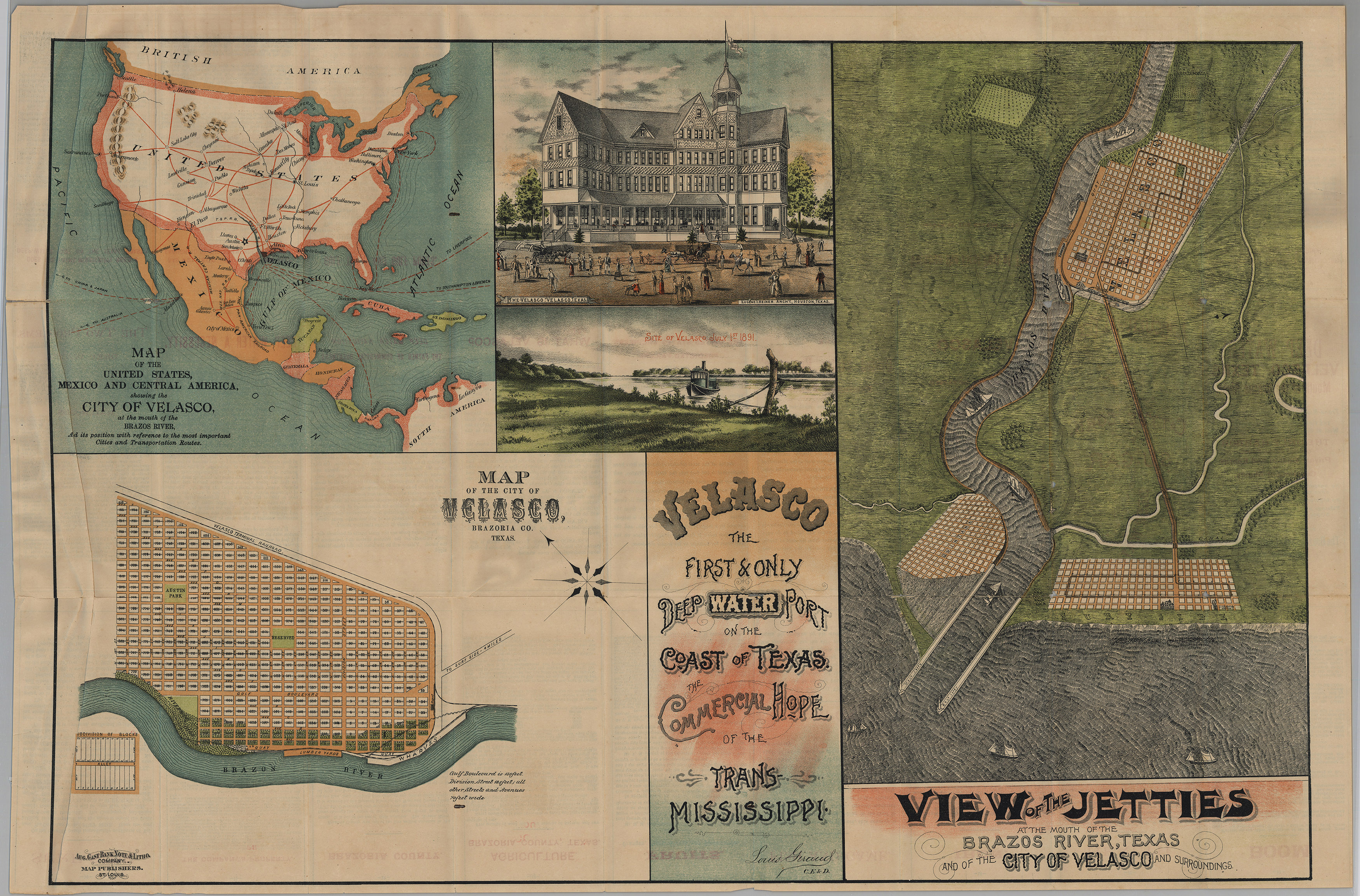 The original city of Velasco was founded in Brazoria County, Texas, in 1831. Velasco was destroyed by a hurricane in 1871, and the town was rebuilt in 1891. A multi-million dollar real estate promotion for the new city, focused especially on the new resort hotel, was accompanied by the map – a map which falsely claimed that Velasco is “the first and only deep-water port on the coast of Texas” and that the city was the “commercial hope of the Trans-Mississippi.” While the port was not actually deep-water, the entrance channel was deepened and the town grew to a population of around 3,000 after rail service linked it with Houston – only for the whole town to once again be wiped off the map by the Hurricane of 1900, which made a direct hit on Galveston and which remains the largest natural disaster in American history. Following WWII, the Velasco area will be developed into a true deep-water port by the Dow Chemical Company.

August Gast and his American Bank Note and Lithographing Company will publish many maps for the Texas General Land Office.